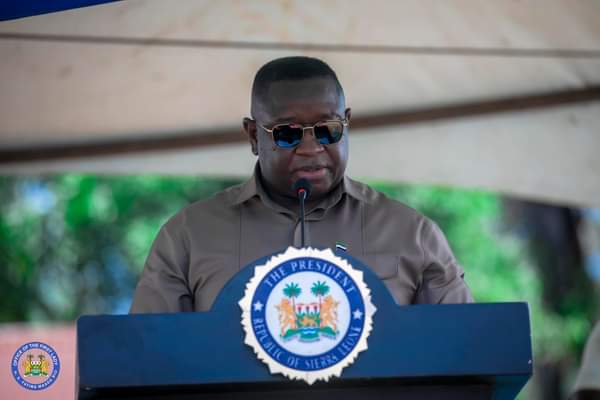 “The SLPP is The Best Thing That Happened to Sierra Leone”, Declares  President Bio.

Speaking at a glowing SLPPUK&I  fundraiser in the exquisite Oasis Banqueting Hall in Barking, London, the National Leader of the SLPP and Head of State of Sierra Leone, His Excellency President Julius Maada Bio, calmly and confidently declared the SLPP as “the best thing that happened to Sierra Leone”.

President Bio, not for the first time, expressed this position amidst a thundering of applause from an audience that knew the depth and spread of evidence firmly supports the claim, considering the policy agenda and the progress made by the country under successive SLPP governments.

“We the SLPP have the moral obligation to fix that country and to make it better” president Bio challenged  the members of his audience. Adding that no other party is able to do what the SLPP does and is doing.

The president criticized what he described as the “NO ”posturing attitude of the opposition, which led some key figures among them to instruct their membership not to register for the census, only to come back later to condemn the results.

In a direct reference to newly commissioned key bridges linking major regions in the country, including the Rogbere and Mabang, president Bio stated:

“We are connecting regions and linking communities” that have been physically separated since before independence. Talking about Rogbere, the President described the way people used to drive through that “death trap” for weekend visits to their homes, without any consideration for the fate of the many other road users.

Dismissing negative jibes from opposition critics who insist that the EU, and not President Bio, should claim credit for the construction of bridges such as Mabang, the president retorted  that “the EU was there when you were there and the bridge was broken long before you left”, begging the question why didn’t the EU  make the bridge at that time?

President Bio said that the only reason development partners would come along to put money into projects such as the Mabang bridge is because they have been convinced that there is now a serious government in place that is prepared to take the right steps towards achieving the right objectives.

The Chairman of the revered African Peer Review Forum of Heads of State and Government went on to add that the SLPP government does not only construct roads and bridges but it gives priority to the nurturing of  the human capital, a necessary ingredient in the development process.

President Bio pointed out that only an SLPP government can muster “the audacity” of dispensing with laws such as the “Libel Laws” and the “Death Penalty” in order to move the country into a more liberal space with people enjoying freedoms that they can still only just dream about in many parts of the world, including in most parts of Africa.

“Of course, the world is clearly noticing our strides”, the president ardently reassured his audience.

After running through some of the undeniably solid policy achievements of his New Direction government President Julius Maada Bio, the Co-Chair of the SDG4, a body responsible for transforming global education, dwelled at length on what is happening in Sierra Leone in the educational sector and explained why every Sierra Leonean should be proud of the country’s progress so far. “Right now the world does not talk about Education without including Sierra Leone”, he emphasized.

The president thanked everyone who is working hard to push Sierra Leone forward and used the opportunity to pay a glowing tribute to the efforts being made by his wife, First Lady Dr. Fatima Maada Bio, to change negative perceptions and attitudes towards young girls and to support them in their fundamental struggles against gender-based bigotry. He pointed out the honor bestowed upon the First Lady at this year’s Commonwealth Heads of Government Meeting in Rwanda. During CHOGM2022  Mrs. Fatima Bio became the only First Lady to be given a speaking role and she used it to talk about the challenges faced by young girls and women articulating steps that are being taken by organizations such as “Hands Off Our Girls” to confront these ugly hurdles.

The president  called on  Sierra Leoneans everywhere  to be proud of our country’s achievements in spite of the layers of global challenges. He appealed to the SLPP members for unity: “stick together, stay together and work together”, he encouraged.

He also asked Sierra Leoneans to remain confident that more achievements are on the way.

President Bio further appealed to eligible members in the audience to travel to Sierra Leone, when the time comes,  and register to vote in the elections.

Earlier on, HE President Bio had been introduced by his eloquent wife, Mrs. Fatima Maada Bio who described her husband as “a man with a vision who has transformed our visions… the man who has made women in Sierra Leone to stand tall and be proud to say that we have a president who is our champion-in-chief for everything we are doing”, a man she also described as “the most wonderful husband and father, not just the father of a nation but a father to his children at home”. The First Lady then went on to remind  “members of the SLPP, fans of the SLPP, supporters of Sierra Leone”  that on the night they would not be celebrating HE Julius Maada Bio as “President” but as “the leader of the SLPP”.

Throughout her speech the First Lady wowed the crowd with her effective style of using light-hearted jokes to drive home serious messages.

The Sierra Leone Peoples Party is a formidable network of intellectuals, technocrats, administrators, bloggers, farmers, fishermen, teachers, healthcare professionals in a vast lineup of different individuals  and support groups comprising every shade and shape of the enduring fabric of our national society.

In the time-constraint nature of our everyday realities, for any single organ of the party superstructure to be honored with the physical presence of the Party leader should be considered a pretty joyful privilege. And that fact was not lost on the regional women’s leader, Ms Sandra Rogers who also served as the MP of the night.

And the natural disposition of President Bio saw him mixing and chatting with the crowd in his down-to-earth  trademark manner that has endeared him to millions of his people across the board.

Yesterday’s SLPPUK&I Dinner and Dance was a resounding success by every standard.

The occasion had commenced much earlier in the evening with an inspiring message from the Chairman SLPPUK&I, Mr. Ahmed Tejansie, read through by the Secretary General, Madam Margret Johnson. 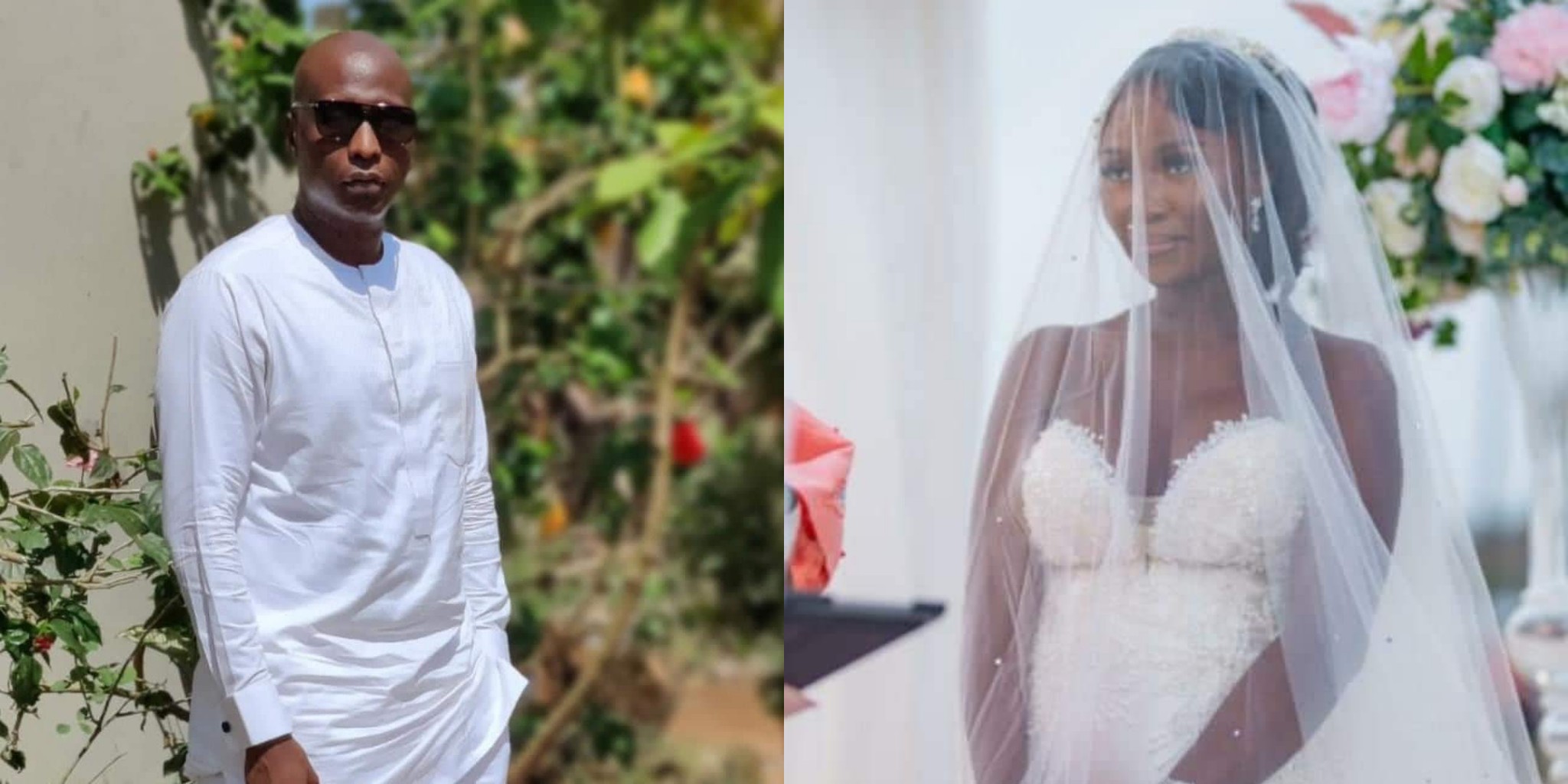 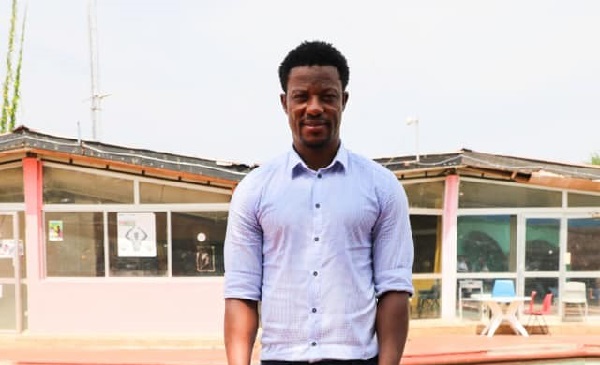 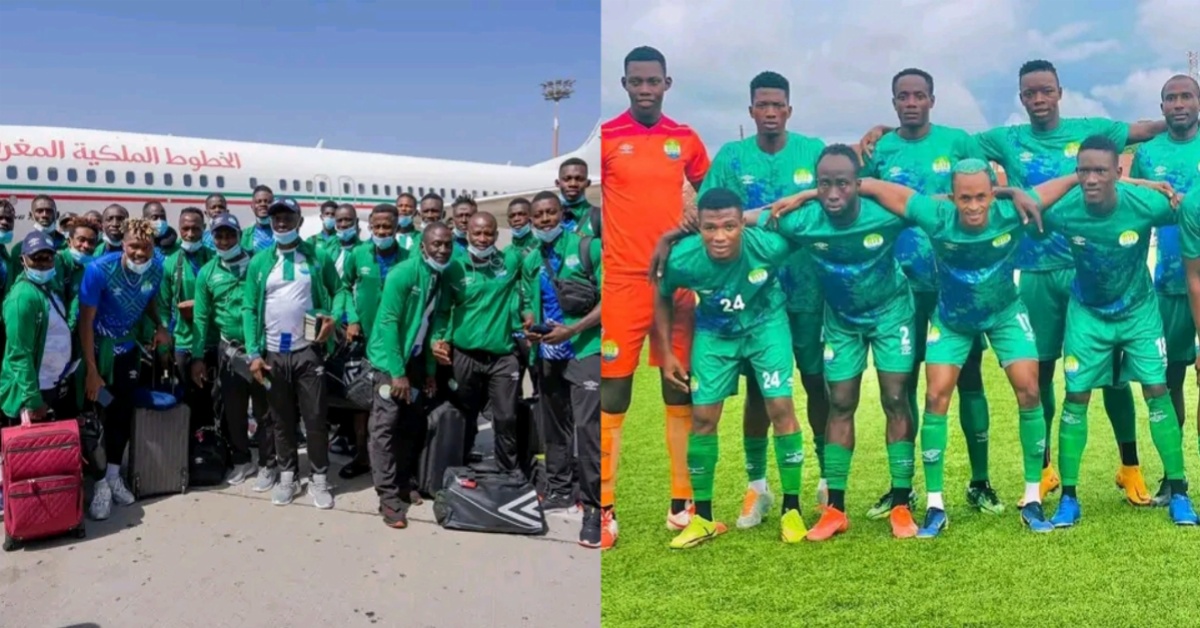 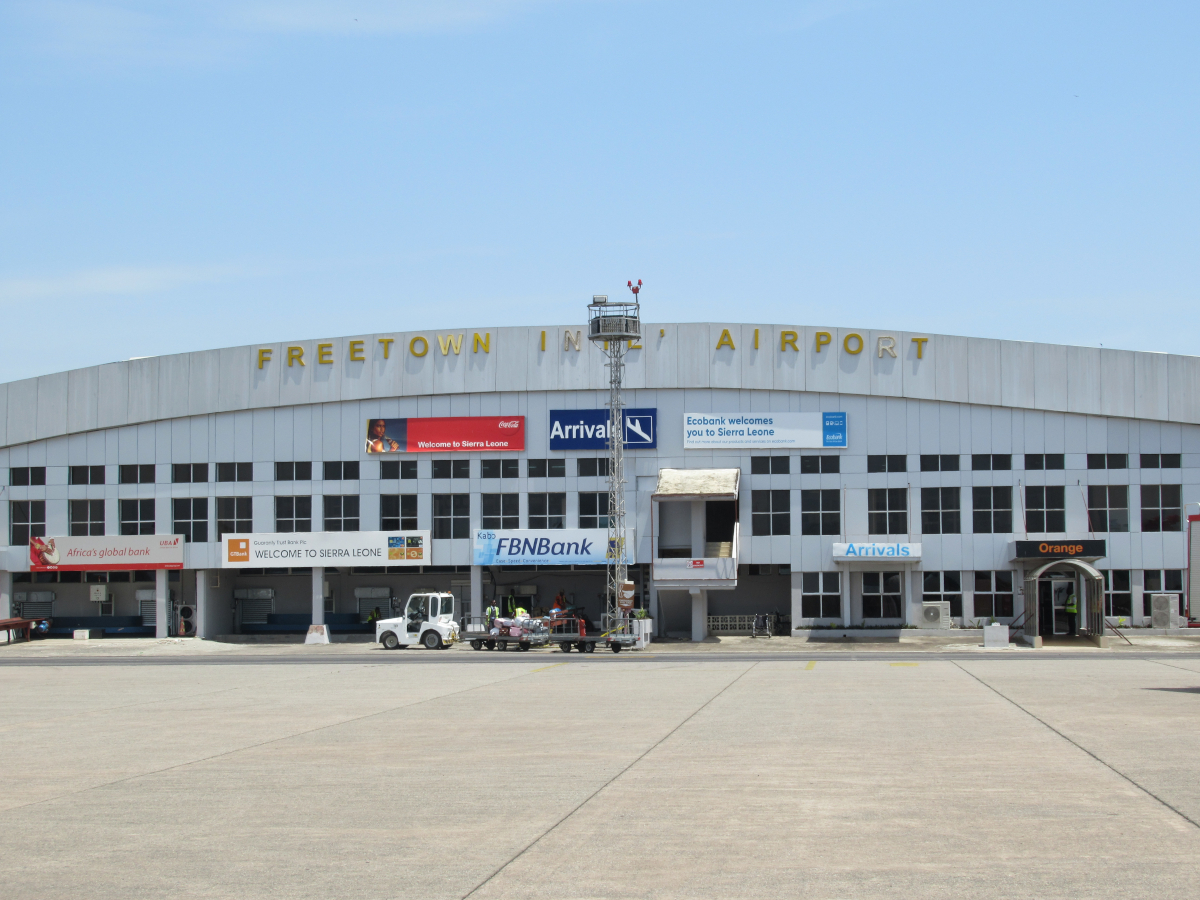