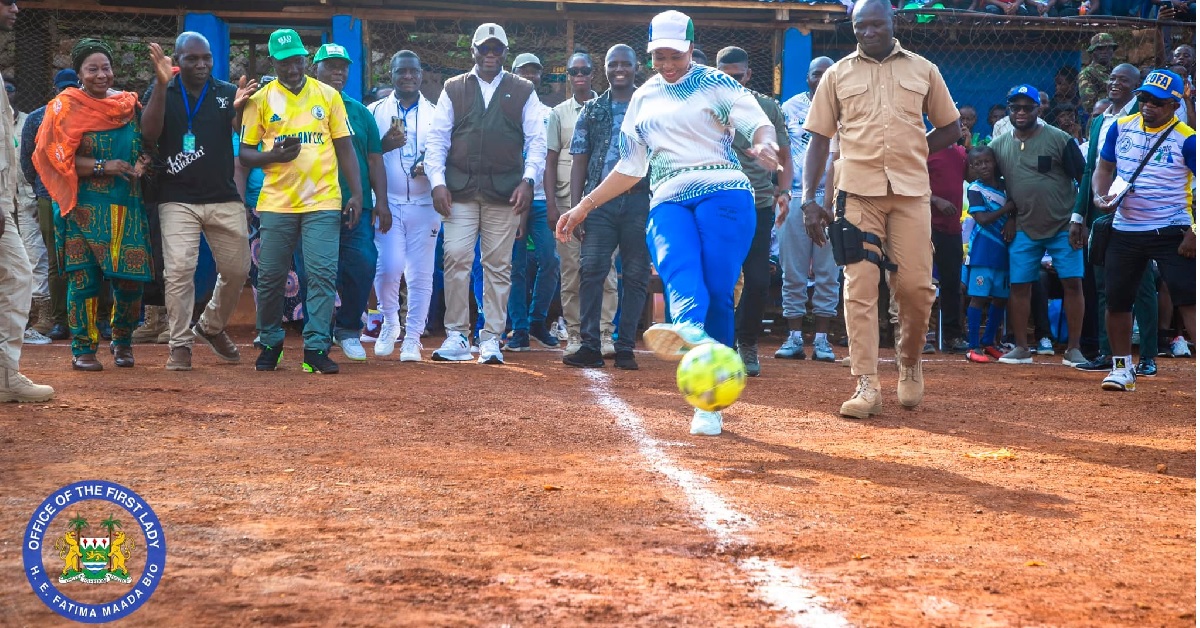 The tournament is a 80,000,000 Leones worth competition proudly sponsored by President Julius Maada Bio in collaboration with the Gento group of companies which has attracted 32 communities across Freetown to maintain peace within the communities.

In Her statement before taking the kick-Offs, madam Fatima Bio said she was honored to be part of this years competitions.

“I am happy to do this Kick-Offs on behalf of President Julius Maada Bio who is determined to boost football and see that young persons achieve their dreeams through football.” Noting that the competition is a small inter-community league, small players are normally scouted from these community league and later play their Professional football on the international stage.

She affirmed that Sierra Leone’s greatest players are scouted from these inter-Community leagues and some ended up becoming super stars.

According to A-Z, Madam Fatima Bio congratulates the Organizers for complimenting the Sierra Leone Football Association’s effort in taping young talents to represent the country.

She further by calling on the supporters to duly follow the rules and regulations of the competitions and noted football is not about winning all the time and it doesn’t mean if a team loses, that team is a loser, the community needs to accept the results of the day and go home safe without involving into violence. She called on the communities to play the competition with peace, finish in peace and continue to uphold the peace in the country.

She thanked the Minister of Sports, Ibrahim Nylenkeh and SLFA for taking the Country to the Nations Cup in Cameroon pointing out that football is one thing that can bring a Nation together and said her next, she will be coming with President Julius Maada Bio and Mohamed Gento Kamara the brain behind the inter-community league this season to grace the finals.

Ibrahim Nylenkeh, the Minister of Sports said the competition is the main ground to scout young players and boost grassroots football by extension complimenting the SLFA in getting the right players to represent the country, noting that the competition is not new to him as he has one time be a winner with his team United Eagles and called the organizers to do all things humanly to get a successful inter-community league.

Mr. Nylenkeh called the supporters of the different communities to be law-abiding and support their communities within the rules and regulations and cautions the organizers to get the best Referees to be officiating matches and see that they do it within the laws of the game.

The two communities that did the opening ceremony were Fourah Bay Community and Summer City. The latter won the match by two goals to one as Momoh Dumbuya scored a goal brace which was enough to give his team the valued three points, while Fourah Bah Community (2:1) Mahmoud Fofanah scored the penalty spots to give his side hope in the second half, but the second goal from Momoh Dumbuya is enough to down Fourah Bah community in the ceremony.

The competition continues today as Magazine Community goes head to head with Kanitonians Community at the Parade grounds at 4:30 pm.

C4C MP: Kono is The Darkest City in Sierra Leone 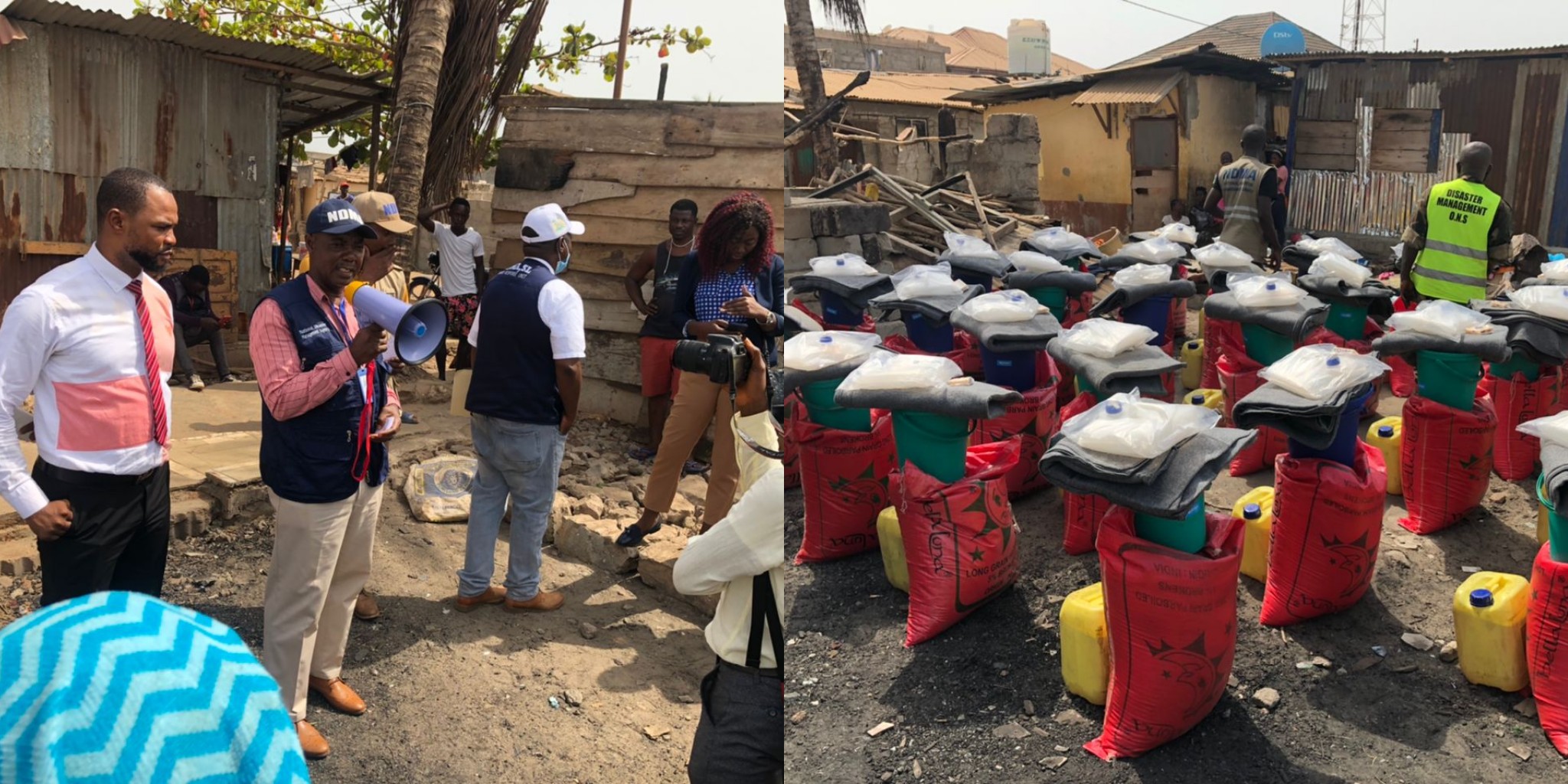 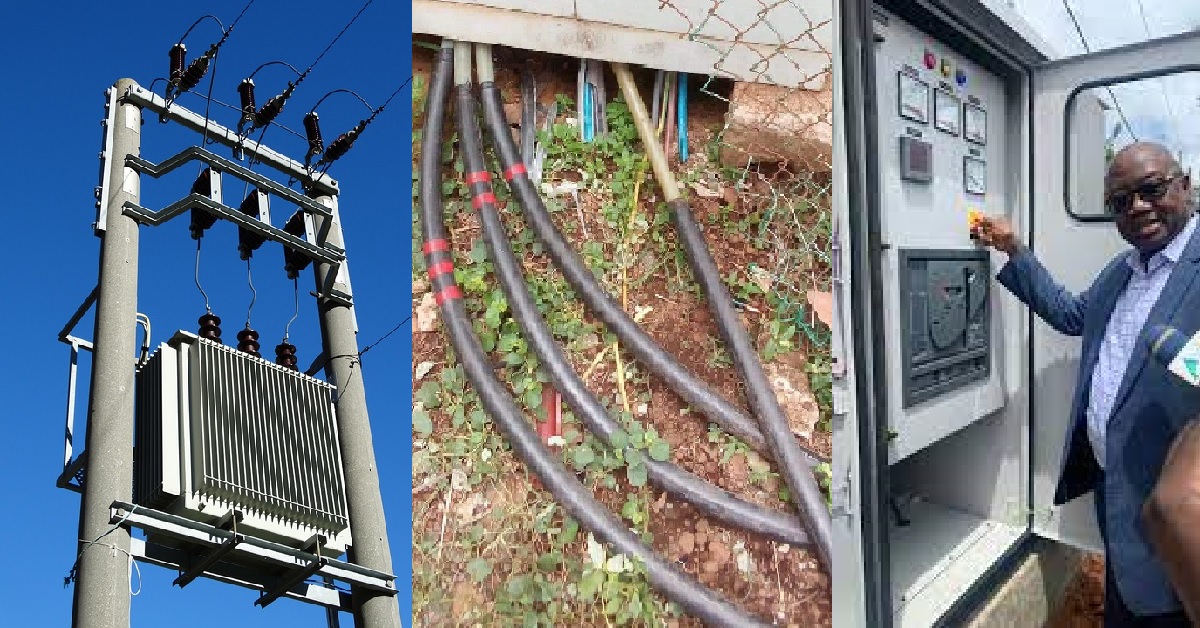 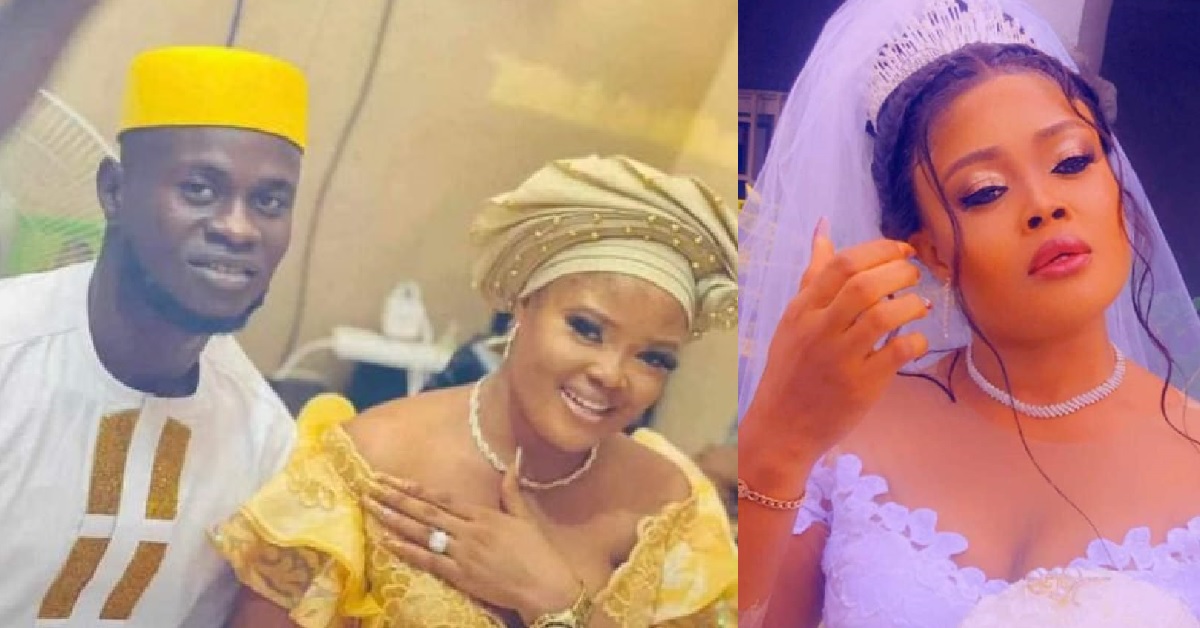 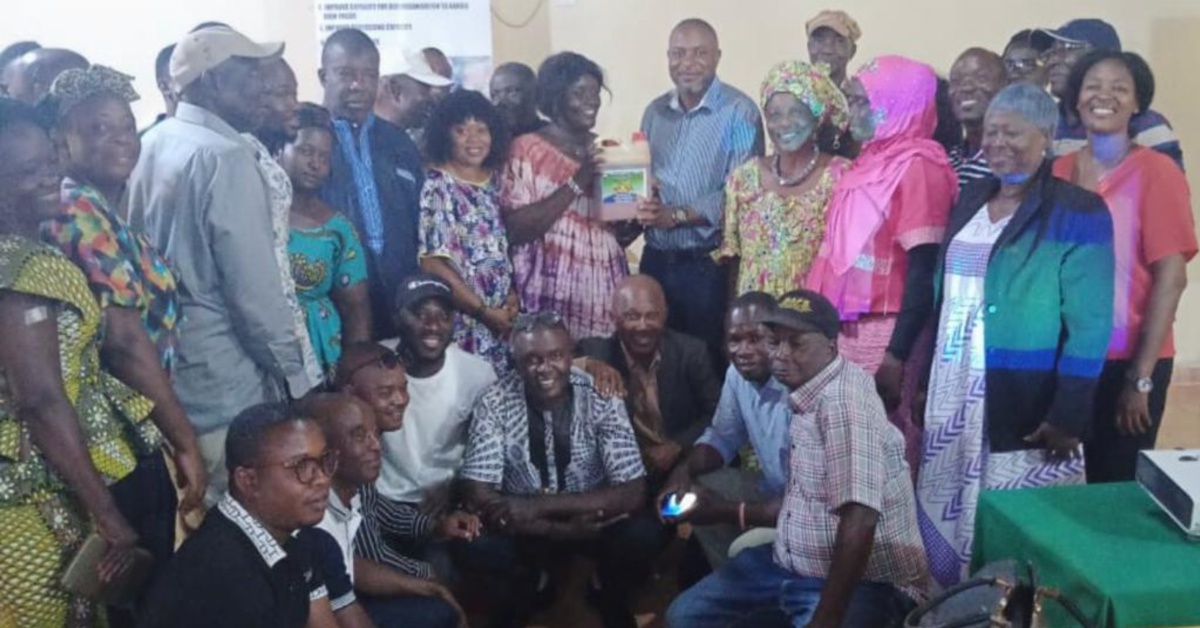