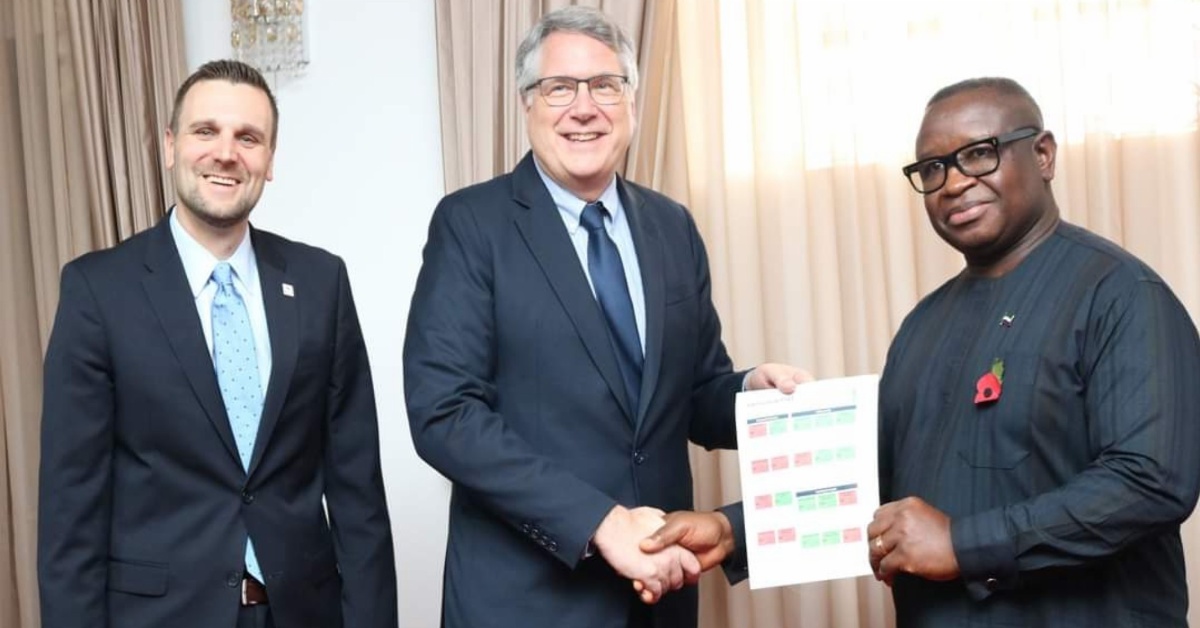 The results of the Millennium Challenge Corporation (MCC) for 2023 are out and the ruling Sierra Leone People’s Party (SLPP) is now playing the proverbial lizard by breast-beating itself simply because it passes 11 out of the 20 indicators on the MCC scorecard. And the Anti-Corruption Commission (ACC), too, has joined the jollification for good measure!

But when one takes a closer look at the MCC’s indicators that have to do with “Economic Freedom” and juxtapose them with the section in the SLPP 2018 Manifesto, dubbed the “People’s Manifesto”, which has to do with the “bread and butter issues”; then one realises that the SLPP could now be likened to a Secondary School student who passes the West African Senior School Certificate Examination (WASSCE) but fails the University entrance exam.

Let me take the issue of “Fiscal Policy” which, according to the SLPP 2018 Manifesto, the ruling party promised to pay the greatest of attention to. The SLPP also promised to improve “the economy through sound economic policies and management”, and that “the New Direction will introduce the practice of annual debt ceilings beyond which Government cannot borrow and link the borrowing ceiling to a clearly laid out medium term debt management strategy”.

And to amplify how dear the bread and butter issues are to the heart of President Julius Maada Bio, he told Parliament in his maiden address on Thursday 10 May 2018 that: “taking tough policy actions is imperative to tackle the current serious economic situation [in the country];” and that “the main objective of my administration’s monetary policy is to achieve single digit inflation and realistic interest rate”.

But for four years running, successive MCC scorecards have repeatedly given the Bio-led administration poor scores on the bread and butter issues. In the latest MCC scorecard, the SLPP government scored an abysmal 11.9% on Inflation; just 26% on Fiscal Policy; 44% on Trade Policy; 44% on Employment Opportunity, and 42% on Regulatory Quality. President Bio’s over-hyped Human Capital Development is being given a few kicks in the teeth as his government scored an awful 15% on Child Health. Even to protect the country’s natural resources the Bio administration cannot do effectively as it scored a dreadful 33% on National Resource Protection. It is just laughably laughable!
And it is that laughable laughter that prompts Dr John Idriss Lahai, whom I will now refer to as the gadfly, to note in one of his social media posts that there is nothing to write home about the SLPP’s “pass on MCC scorecard”. In his usual savage sarcasm, he icily states that: “from 65% last year to now 55%… [four] years celebrating MCC but no penny”. In disrobed language, it means that the SLPP government is hopefully hopeful in its hopelessness to solve the bread and butter issues through mendicancy! But even a condemned man walking towards the gallows might be hopeful that the scaffold might be dysfunctional when the noose is eventually placed around his neck. So, I can’t stop the Bio-led administration from being hopeful in its hopelessness.

I could imagine the never-ending thumps-up, the sycophantic back-patting, the tight handshakes and firm hugs, and the amount of alcohol (if I should go by Dr Philip John Kanu’s alleged allegation of the pastime of the SLPP “Drunkardnomists” and “Paopagandists”) that might have been gulped at State House when the results came out last week.

But what President Bio and his toadies might be feigning ignorance of is the factual fact that the Millennium Challenge Corporation would not be so foolhardy to give hundreds of millions of dollars to a government whose Fiscal and Trade Policies are dreadful; whose effort to arrest the stubborn and wayward inflation is as fruitless as reconciling God and Lucifer; whose ratings on “political rights” and “civil liberties” are not better than those of the Russian government under Vladimir Putin, and one which is ineffectively ineffective on governance issues.

It seems to me that the SLPP “Drunkardnomists” and “Paopagandists” appear to be dead to the English language. The Americans are using a euphemistic language, or a diplomatic one if you will, to tell the SLPP government that in terms of fiscal sagacity; they are not only a spendthrift but that they are as confused as Ali Baba when he first found himself inside the cave. That might explain why under the “Economic Freedom” section of the MCC scorecard under review, the MCC fails the SLPP government on six indicators out of eight! The message here is that the Bio-led administration cannot be trusted with hundreds of millions of dollars. And when one flings the abysmal scores on “political rights” and “civil liberties”, coupled with “Government Effectiveness”, into the steaming cauldron; the soup from those condiments will not be palatably palatable!

And should I remind the Bio-led administration that Human Capital Development must start with Child Health? And to start thinking of solving the bread and butter issues, the creation of employment opportunities shouldn’t be hallucinatory! But I’m gladly glad that the Sierra Leone Compact Development Unit (SLCDU) has yanked the SLPP government out of its reverie.

In the press release of Thursday 3 November 2022, surprisingly from the State House Media and Communications Unit, the SLCDU was quoted to have stated in a statement that: “while Sierra Leone did not pass the new Employment Opportunity indicator, efforts [are] underway to revise and streamline the labour laws to improve the protection of workers and boost inclusivity in the workplace…” This is what the British press of yore would have called non-denial denial! Albeit the SLPP government is in denial that it has failed the core MCC indicators which prompted the jollifications; yet it is in the same breath not denying that it assed-up on the core MCC indicators. And from the horses’ mouths the Americans at the MCC are now being refreshed that under the watchful watch of the Bio-led administration, workers are not protected and that there is nothing like “inclusivity in the workplace” because tribalism appears to be the only criterion for recruitments in public offices.
Those home truths from home boys mean that, in the midst of the jollifications in SLPPdom over a high-sounding nothingness; there are still few cool heads in Paopadom who do not have to be buoyed by Dutch courage to speak some home truths (Surprisingly surprising for “alcoholics”, if I should go by the alleged definition of an SLPPer by Dr Philip John Kanu who is the Vice Chancellor and Principal of the Milton Margai Technical University.). The SLCDU is simply telling the Paopaists, with the Anti-Corruption Commission inclusive, that a student could pass WASSCE and in the same breath doesn’t have University requirements!
In a nutshell, the SLPP government’s results of the Millennium Challenge Corporation for 2023 could be likened to an Arts Student who passes Mathematics and Physics at WASSCE but fails in all his Core Subjects! Just like how President Bio is claiming to have fulfilled all his 2018 election promises but is yet “to tackle the current serious economic situation [in the country]” and “achieve single digit inflation and realistic interest rate”. 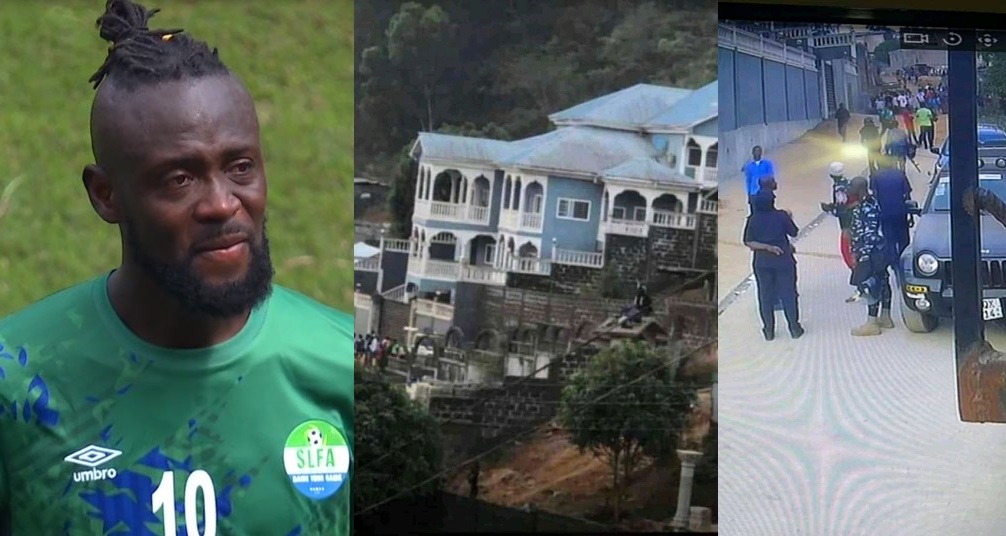 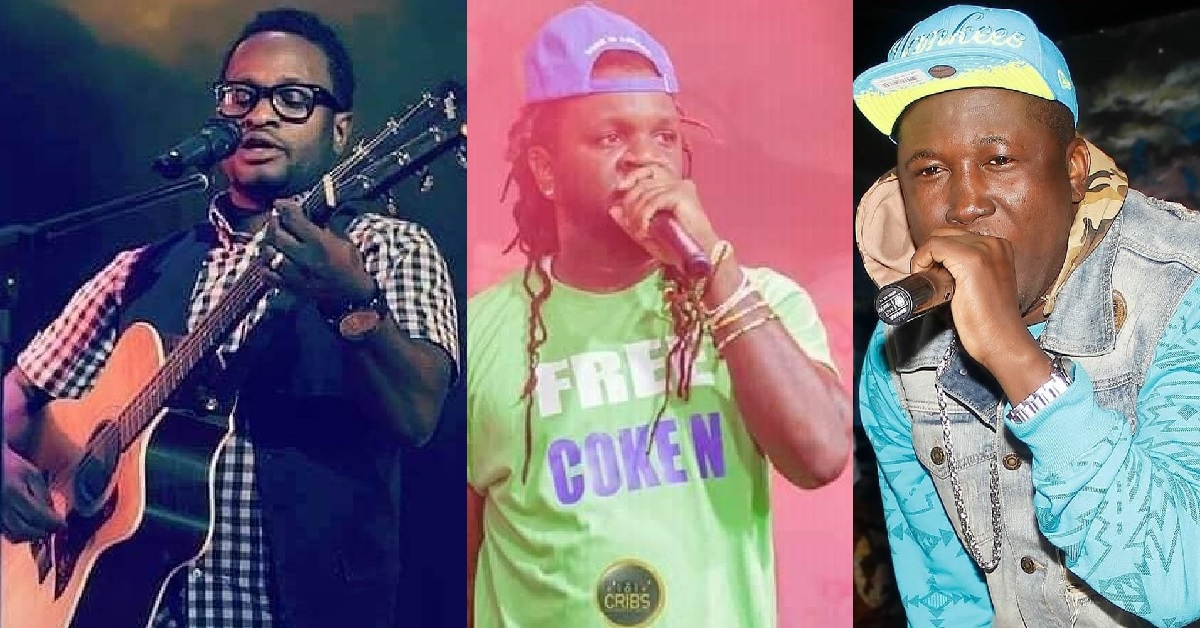 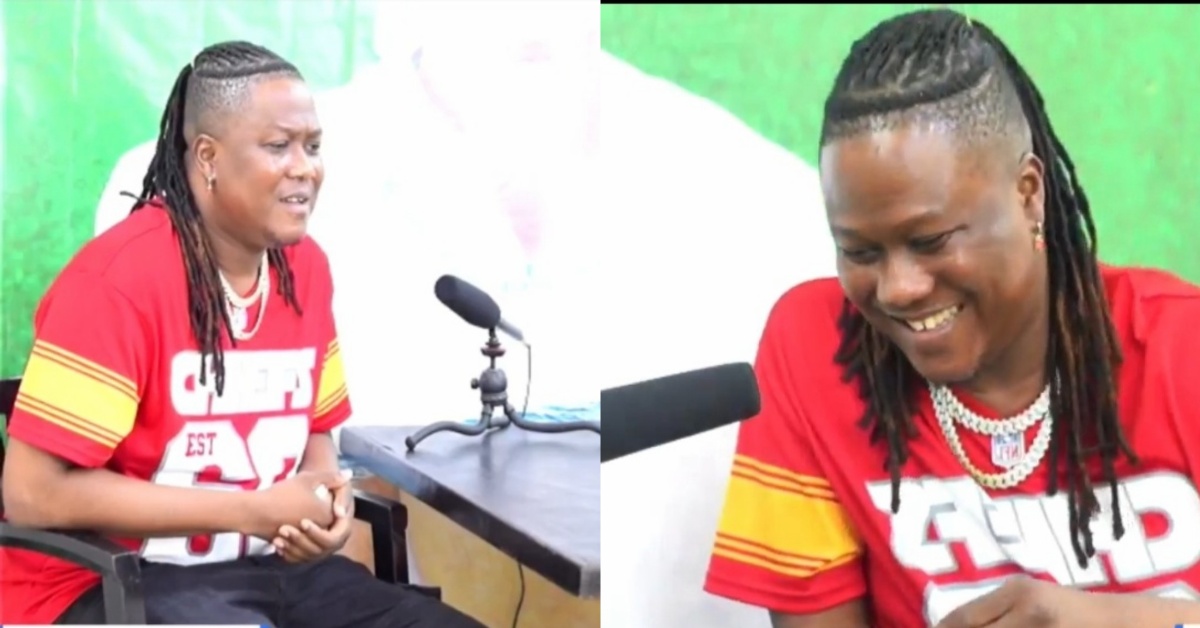 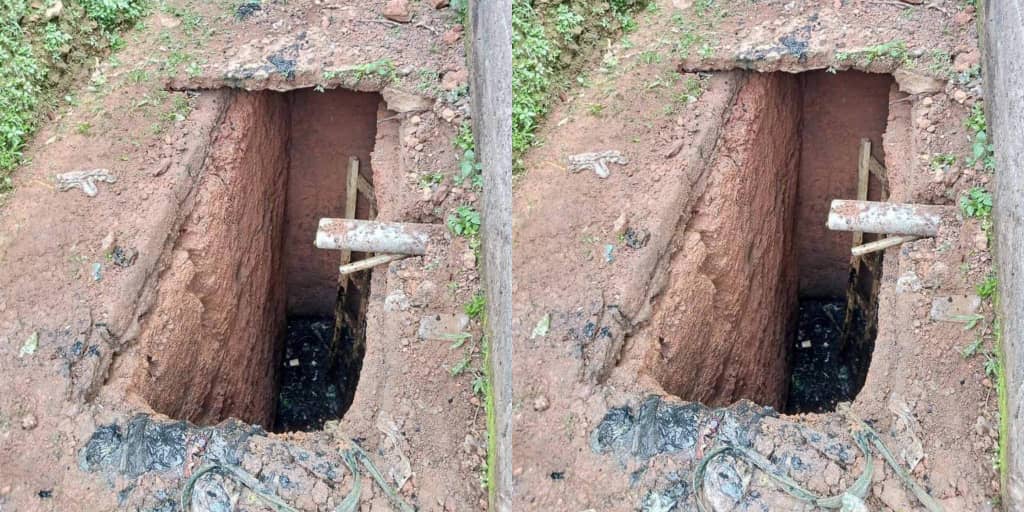 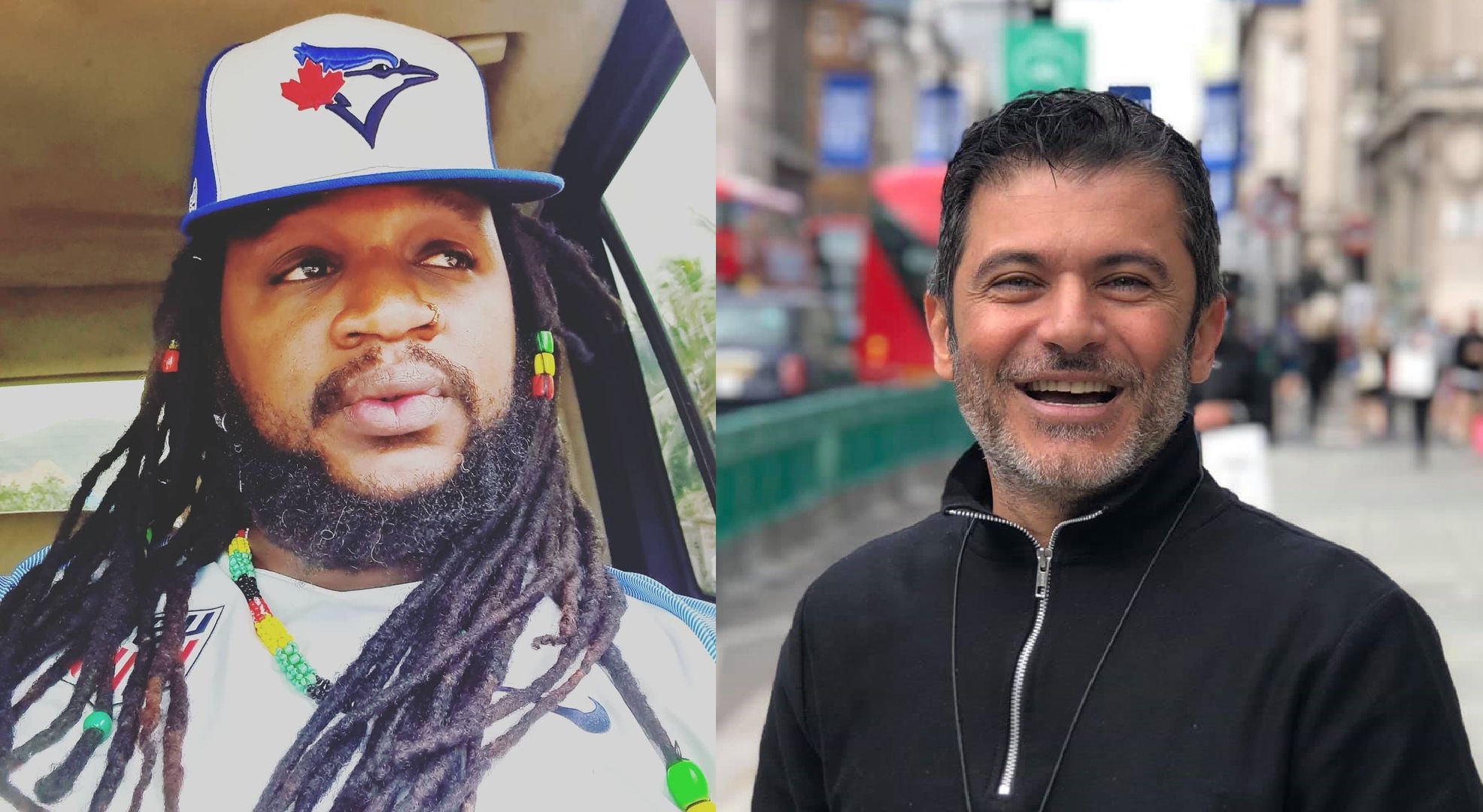