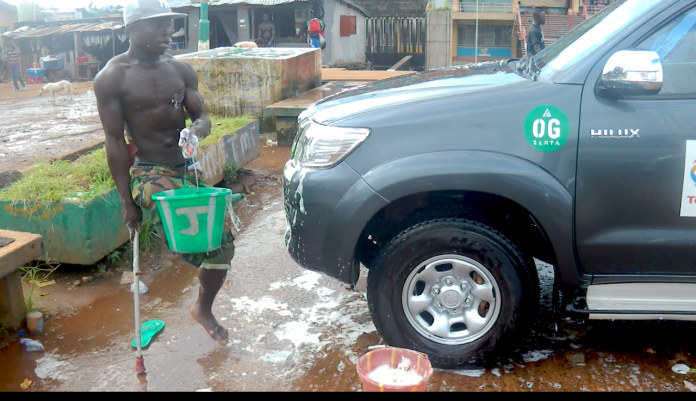 An exclusive story of a Sierra Leonean youth who with one leg, struggles to survive has caught media attention.

According the report on Swit Salone, Fallah Sorsay is no stranger to misfortune. When he was just 7 years old his right leg was amputated after he was hit by a car.

Today at age 20 instead of begging on the streets of Freetown like many other amputees, he washes cars in Brookfields near Youyi Government Building.

He was born in Kono where he lived with an uncle who was tasked with caring for him but Fallah says that whenever his mom would send money for his fees, his uncle would refuse to pay them. Tired with conditions at his Uncle’s house, Fallah moved out, eventually dropping out of school at JSS 3 (9th Grade).

He was briefly taken in by Street Child, an organization that works with homeless children and youth in Sierra Leone. He lived with them for a while until someone told him about a beggar in Freetown who begged for 15 years until he could own a house.

Hoping he would be just as lucky, he left the Provinces for the capital city where he started out begging but he said he was treated so badly that he quickly gave it up. He remembers pulling up to someone’s car to beg, and being told off so badly that he decided anything would be better than begging.

One day he bumped into a friend from Kono at the Brookfields Bus Stop, they sat and spoke for hours, and shared a meal. The next day Fallah started washing cars; that was two years ago. On average he washes 3 cars a day, but on good days he can wash twice that when customers come and ask for him directly.

Fetching buckets of water back and forth to the car takes him longer than other car washers, but he still manages to make enough to not have to beg. He earns between Le. 15000 ($3) and Le. 25000 ($5) per car, not bad in a country where most survive on just $2 a day.

According to Sierra Leone’s Youth Report published in 2012, “the country’s reported youth unemployment rate of more than ‘60 percent’ is amongst the highest in the West African sub-region”.

Although washing keys keeps Fallah employed, times are still hard, as he faces discrimination on the job. When customers bring their cars to him to wash, often wanting to give him a break because of his disability, the other car washers tease him.

They threaten to cut off his other leg, he says he knows they’ll never act on it and that they say it just to discourage him but their words do hurt him. He spends less and less time hanging out with his colleagues so he can stay positive.

Fallah says he doesn’t want to wash cars for the rest of his life. He still dreams of getting an education. 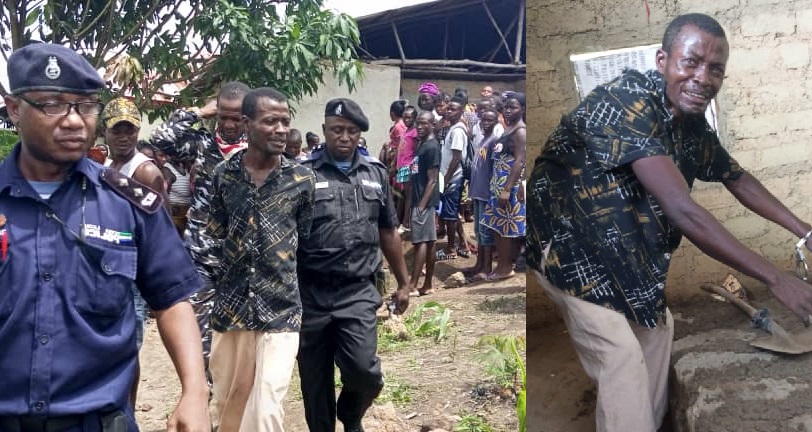 Sierra Leonean Man Kills His Mother, Buries Her in His Bedroom 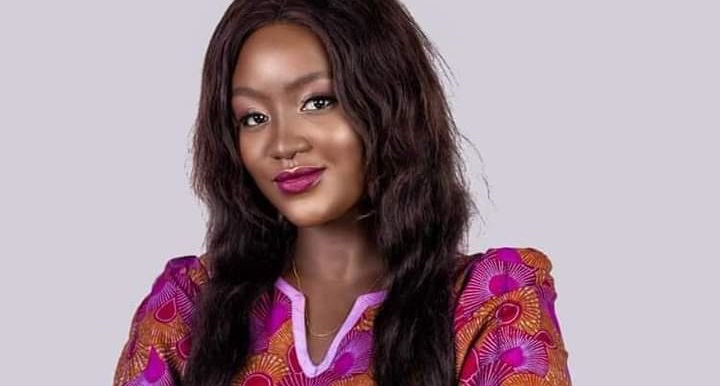 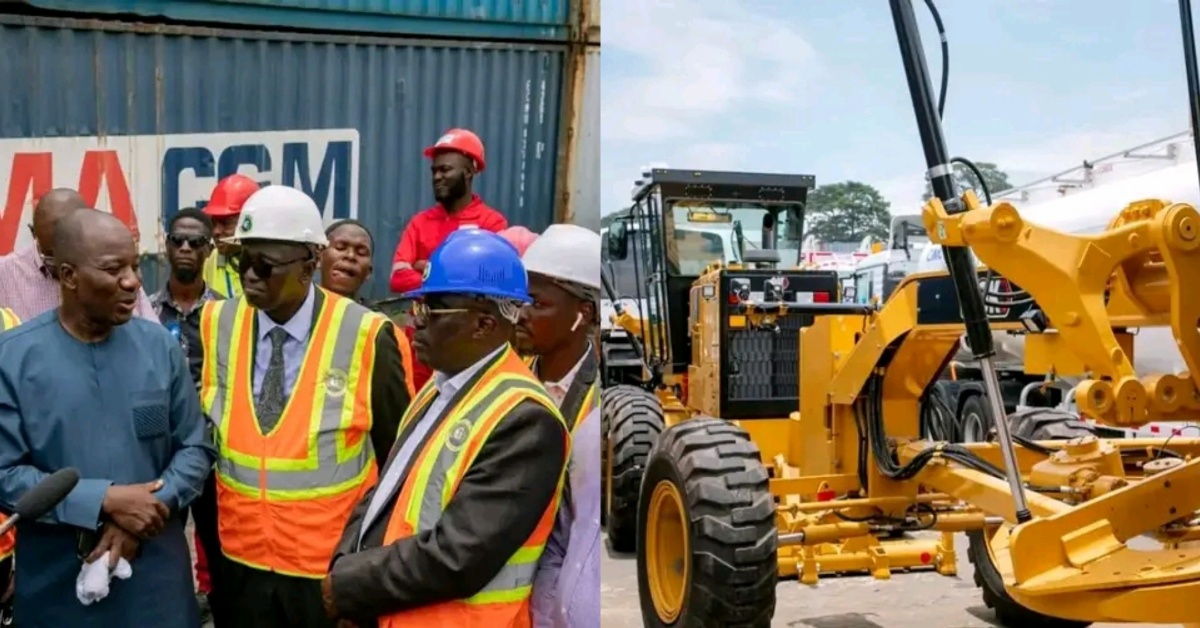 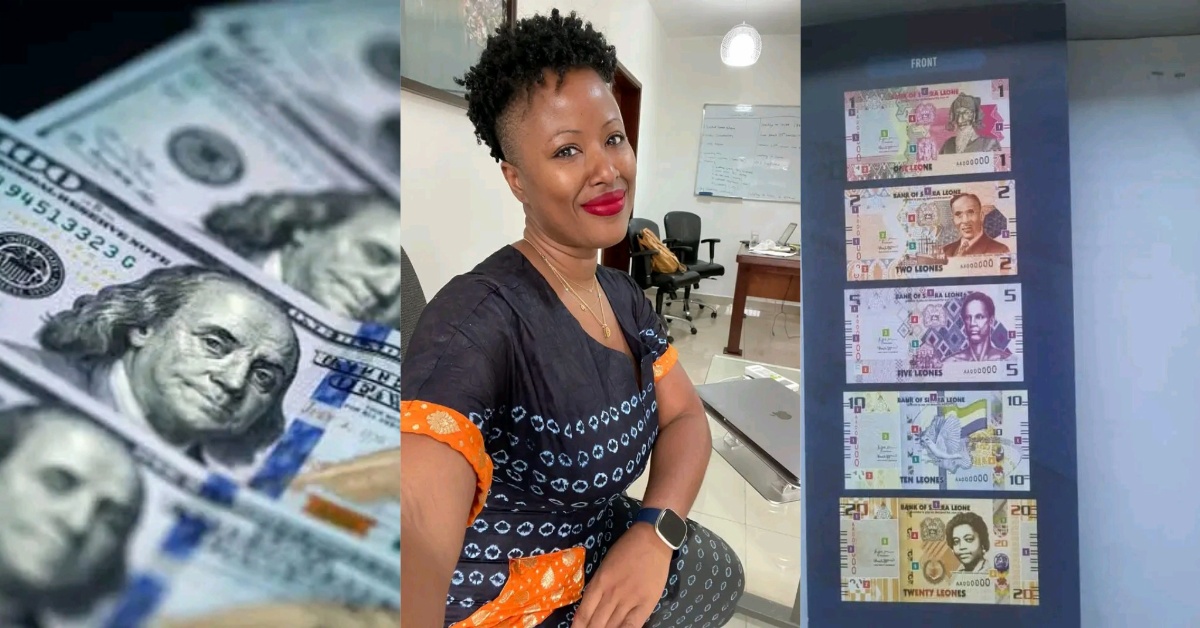 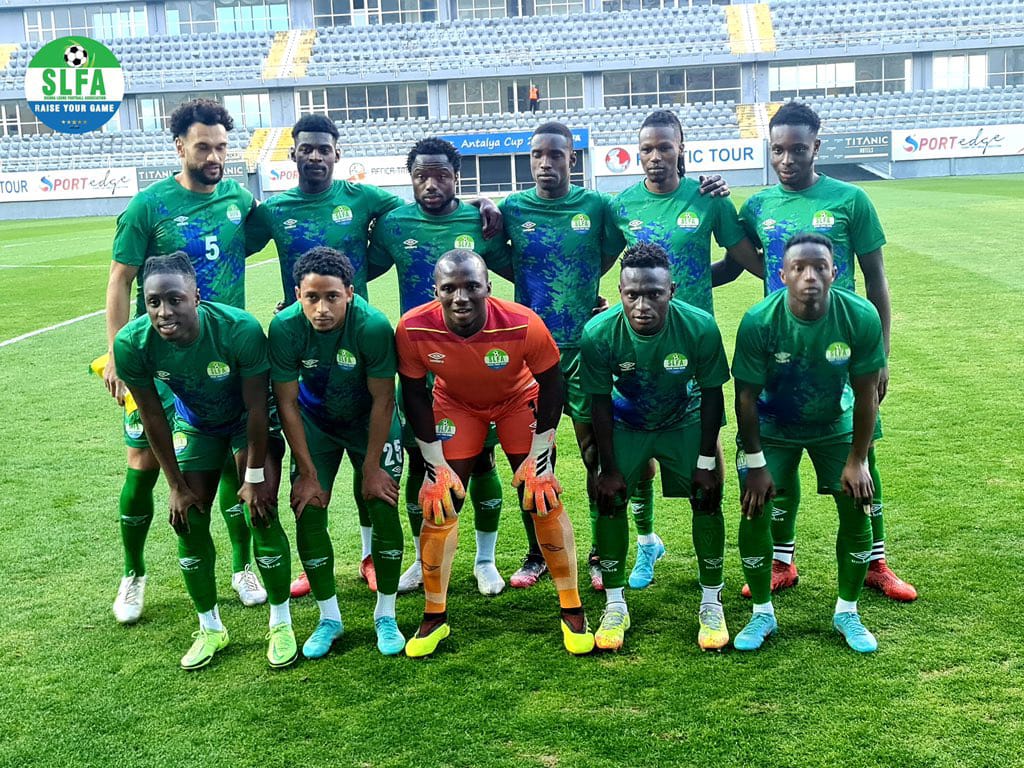