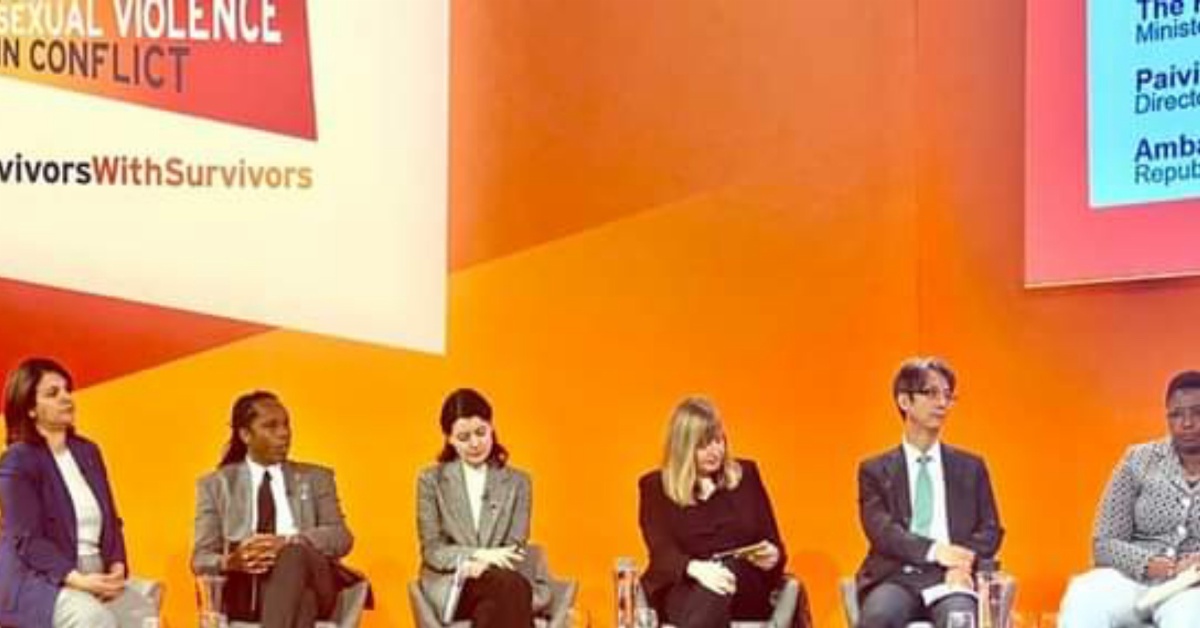 Sierra Leone Shines at The PSVI 2023 Conference in London

For two consecutive days (November 28-29, 2022) delegates from more than 50 countries representing charity organisations, the political sector, Civil society and survivors, met in the Queen Elizabeth II Conference Center in London to deliberate on and seek to secure effective pathways that would help to Prevent Sexual Violence perpetuated against women and girls, everywhere anytime, but with particular emphasis on conflict situations.

Following on from the theme “nothing about us without us”, brave survivors of sexual violence were given the centre stage which they used to maximum effect. From heart-touching testimonies to tear-jerking poetry, from solemn songs to blistering paintings, their stories were told to the world, without fear or shame, and their cries and their courage were displayed on stage to the applause of all.

Sierra Leone was appropriately and ably represented by three ministers: Madam Manty Tarawalli of Gender and Children’s Affairs; Dr. Monina Sengeh of Basic and Senior Secondary Education and Madam Mamadi Gobeh Kamara, deputy minister of Foreign Affairs and International Cooperation. Representing a country that has had its fair share of struggles with violent outbursts.

The Sierra Leonean team had several bilateral meetings on the side-lines of the conference, including with the Rt. Hon. Andrew John Bower Mitchell, the UK’s Minister of State in the Foreign Commonwealth and Development Office and the United Nations Population Fund (UNFPA), headed by its Executive Director, Dr. Natalia Kanem, one of the highest-ranking women at the UN.

During the plenary panel discussions on the second day of the conference, Dr. Monina delighted the audience with his insightful delivery. Narrating experiences from a personal angle, he talked about the mortifying effects that paralyses people when a society is inflamed by violence and engulfed in fear, including “the fear of conflict, the and the fear of death”.

He recalled stories that he had heard, as a child, about the horrors that had been inflicted upon people during the Sierra Leone civil war; stories about “rape and other forms of extreme brutality”, including murders. He talked about the level of fear which had then swallowed the society and traumatised so many people.

The minister then went on to reveal that it is that same fear that had instilled in him the determination to work harder with the goal to prevent, first his family members, and then the larger society, from been subjected to violence. He said that this was the source of his motivation- working to ensure that “no child, no one, would have to live through that kind of fear”.

Dr. Sengeh told the conference that when President Bio asked him to join his government, he saw the opportunity for him to help bring the change he so eagerly desired.

Once in government, he said his team immediately took certain “critical actions towards preventing sexual and all forms of violence in schools” and are working hard to make school “a safer place” for students. This thinking, he observed, is now shaping out into an attitudinal orientation which has been embedded into the national curriculum so that future generations would not suffer the same fate that his generation had to suffer.

The minister then spoke about the possibility of “unlearning” violence “the same way it has been learnt”. He gave the example of the banning of corporal punishment in schools and the promotion of “alternative positive disciplinary measures”. This seems to have filtered into the homes with parents coming forward to testify that they are gradually learning to adopt the same non-violent methods of disciplining children at home.

Minister Sengeh talked about the government’s “Radical Inclusion” policy which is aimed at leaving no child behind or out of school. Dr. Sengeh also extolled government’s “comprehensive schools safety policy” which is an instrument in progress, designed to ensure that “everyone can safely access and stay in schools”.

To achieve their goals, Dr. Sengeh went on to say, the government has been working closely with everyone involved including local stake holders as well as NGOs with the formation of “school safety committees for preventing and responding to violence”.

He thanked the UK government, UNESCO, UNGEI, GPE and all other agencies and organisations for their support in helping to ensure that school-related gender-based violence is reduced to the point of eradication, country-wide.

Approaching the subject from another angle, minister Sengeh talked about the harmful “power-gap that feeds violence” and he called upon all stake holders in the international community to sign up to the May 2022 “Freetown Manifesto” for Gender Transformative Leadership in Education, a document which aims “to build the momentum for gender equality in and through education” by effectively tackling the anomalies that engender gender-based violence.

“Equitable Quality Education has the power to transform our world”, Dr Sengeh boldly pronounced, to an applauding audience. He said that to achieve that goal, “children need to be equipped with the right tools” that would teach them to address some of the many challenges, including working to “prevent violence and conflict and to promote peace”. Positive change, he maintained, “is possible”, concluding that “there should be no excuse” not to work together to prevent sexual violence in conflict and even non conflict situations.

At the end of the two-day conference the participating countries agreed “to take action to address triggers such as gender inequality, remove the stigma faced by victims, and make sure national laws are in place to prosecute perpetrators”. 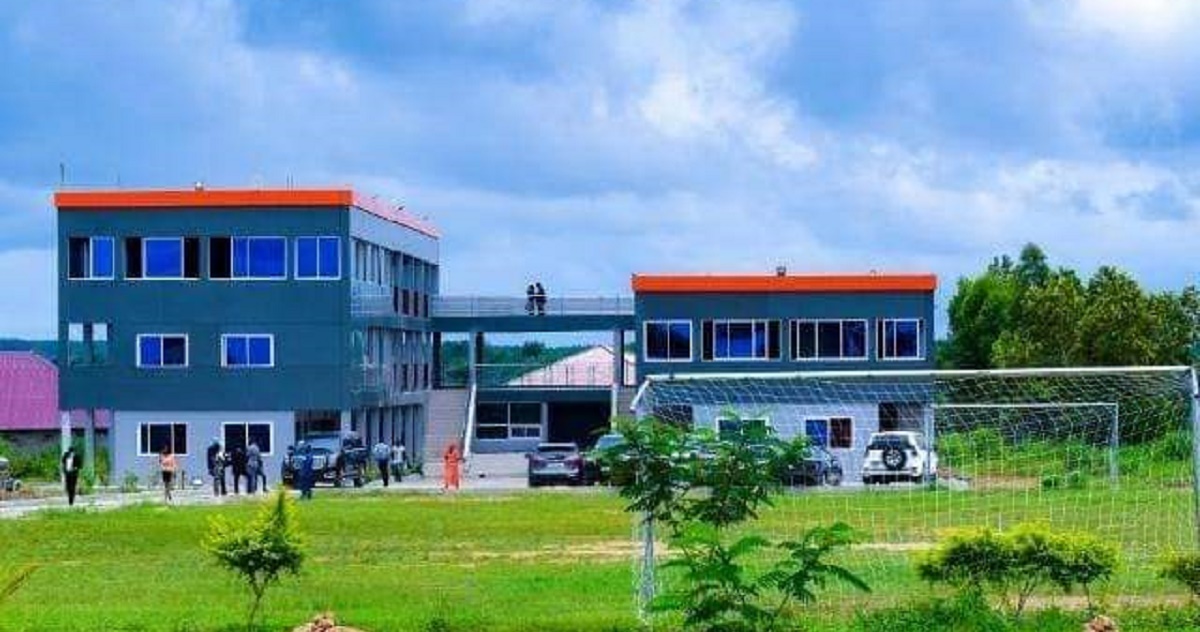 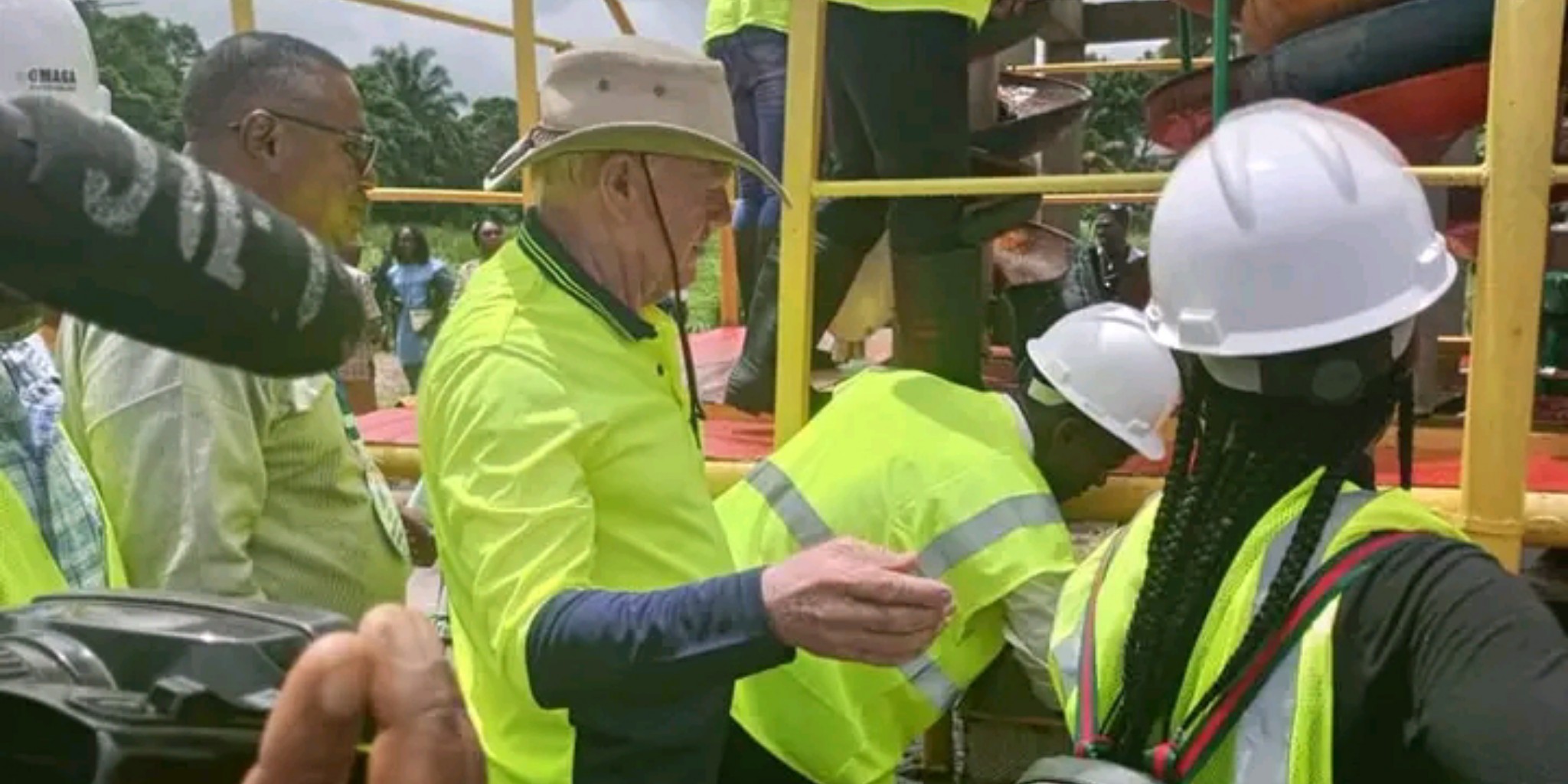 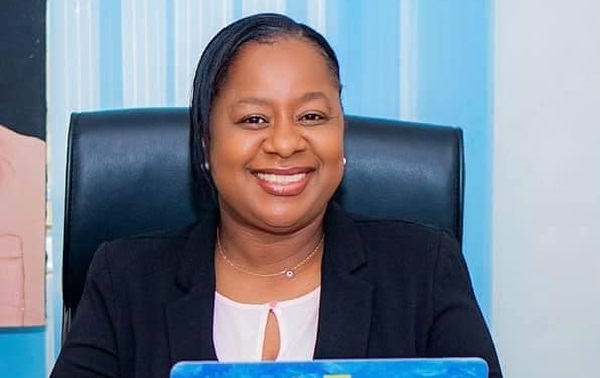 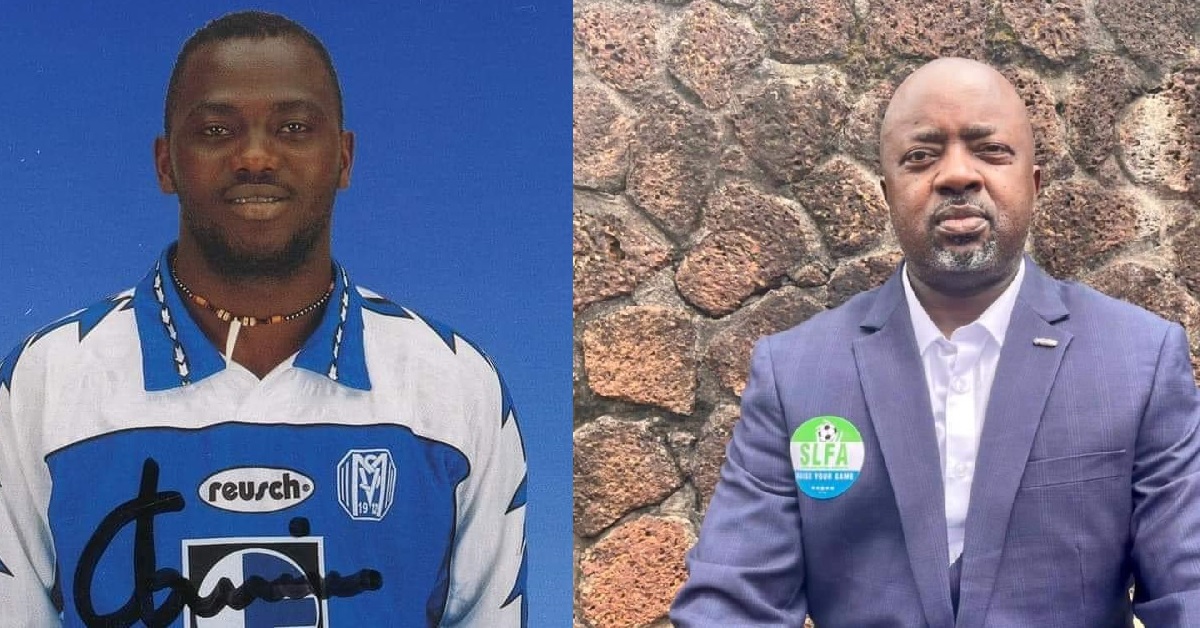