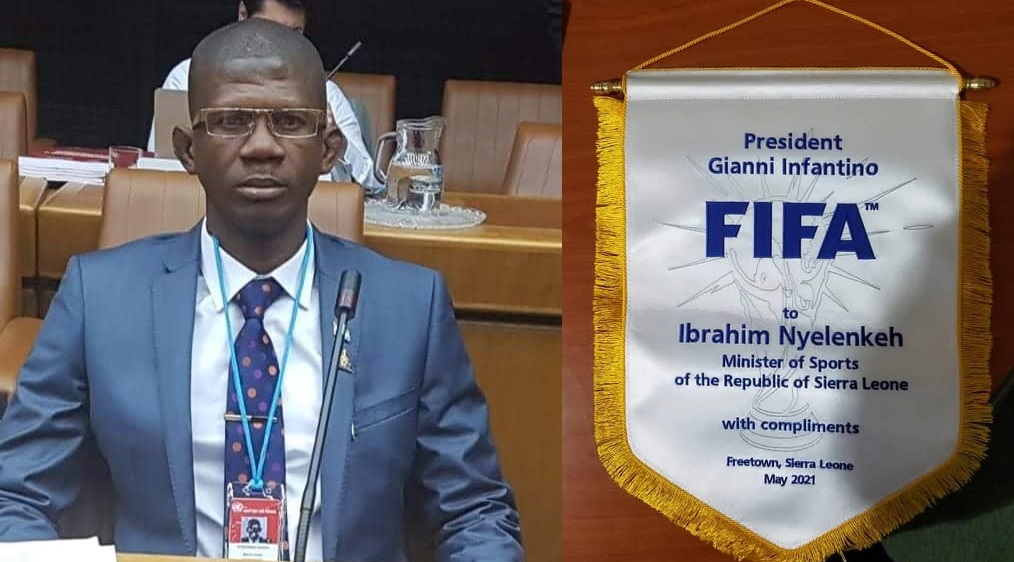 The pennant was awarded to the Nyelenkeh to show his values and contributions towards Sierra Leone’s football development.

Nyelenkeh upon receiving the pennant expressed gratitude and appreciation to Infantino for such a laudable recognition which is an emblem of astute leadership.

“Sports is one of the core values of President Bio’s agenda, and we are going to do more to improving the face of Sports including Football-the most popular sport,” he said.

Chris Kamara Secretary-General of the Sierra Leone Football Association handed the pennant to the Minister with the inscription “To Ibrahim Nyelenkeh Minister of Sports of the Republic of Sierra Leone…with Compliments“. 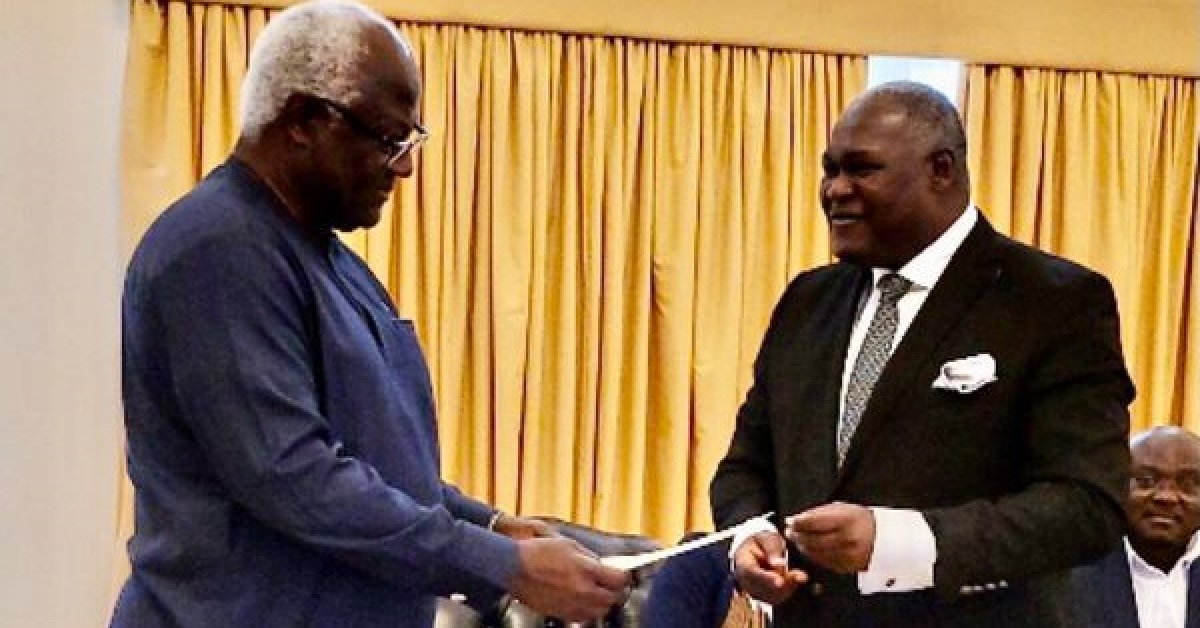 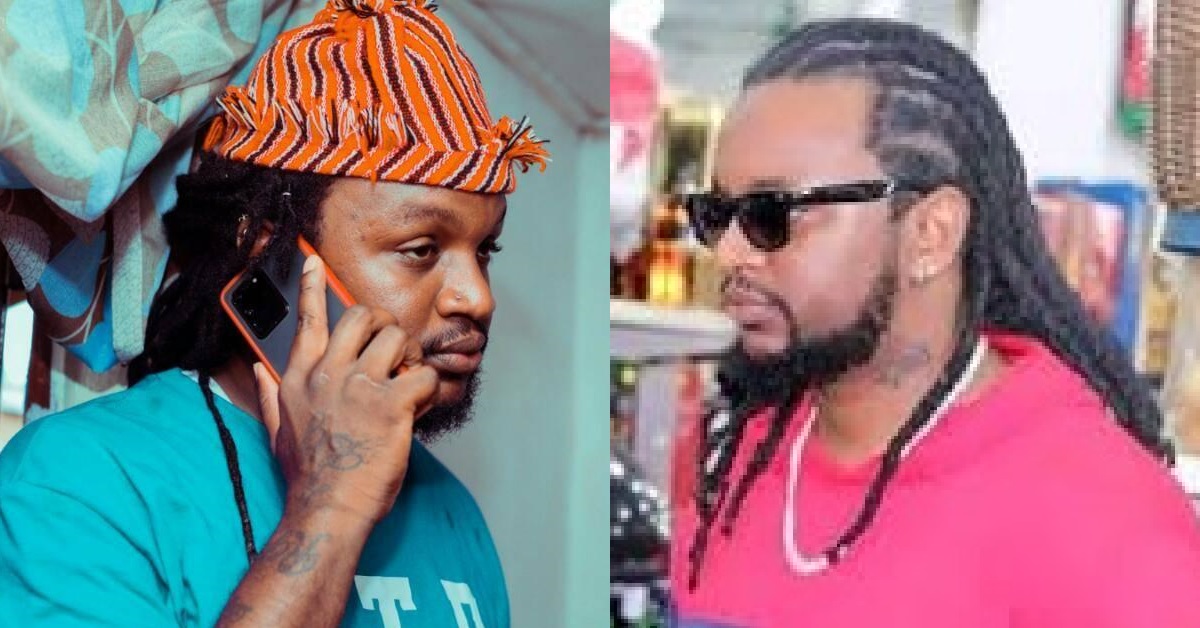 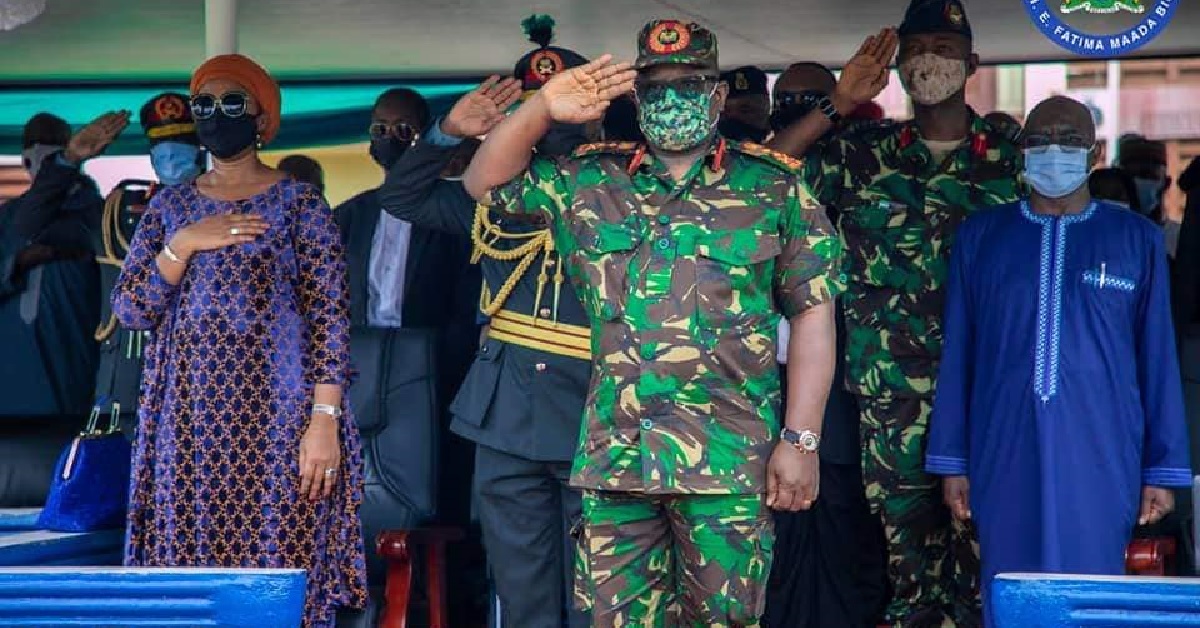 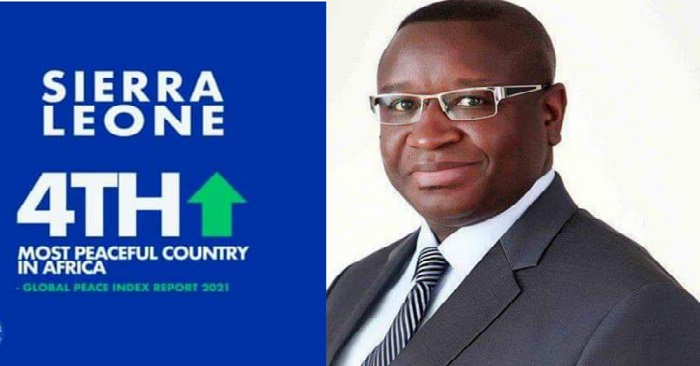 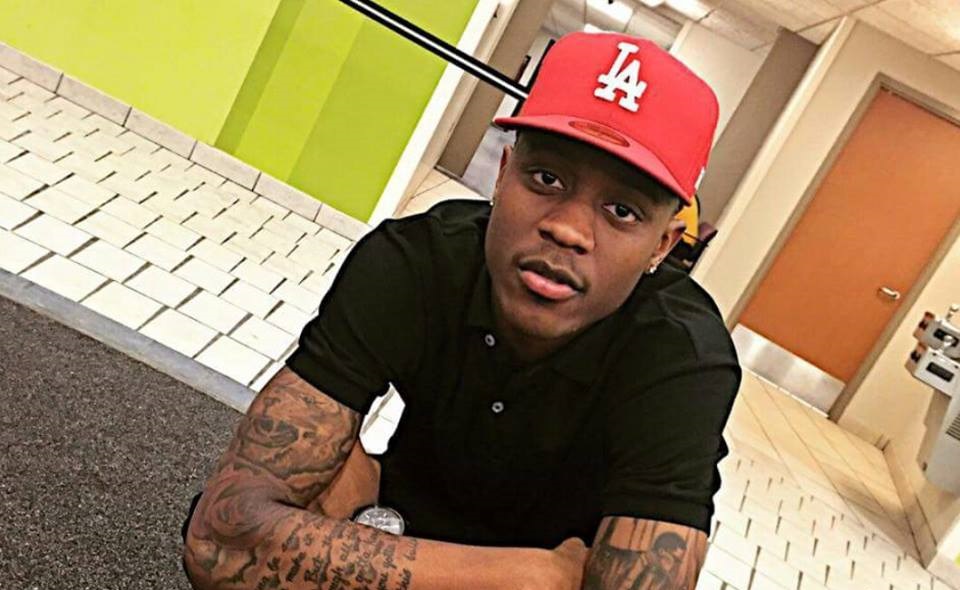