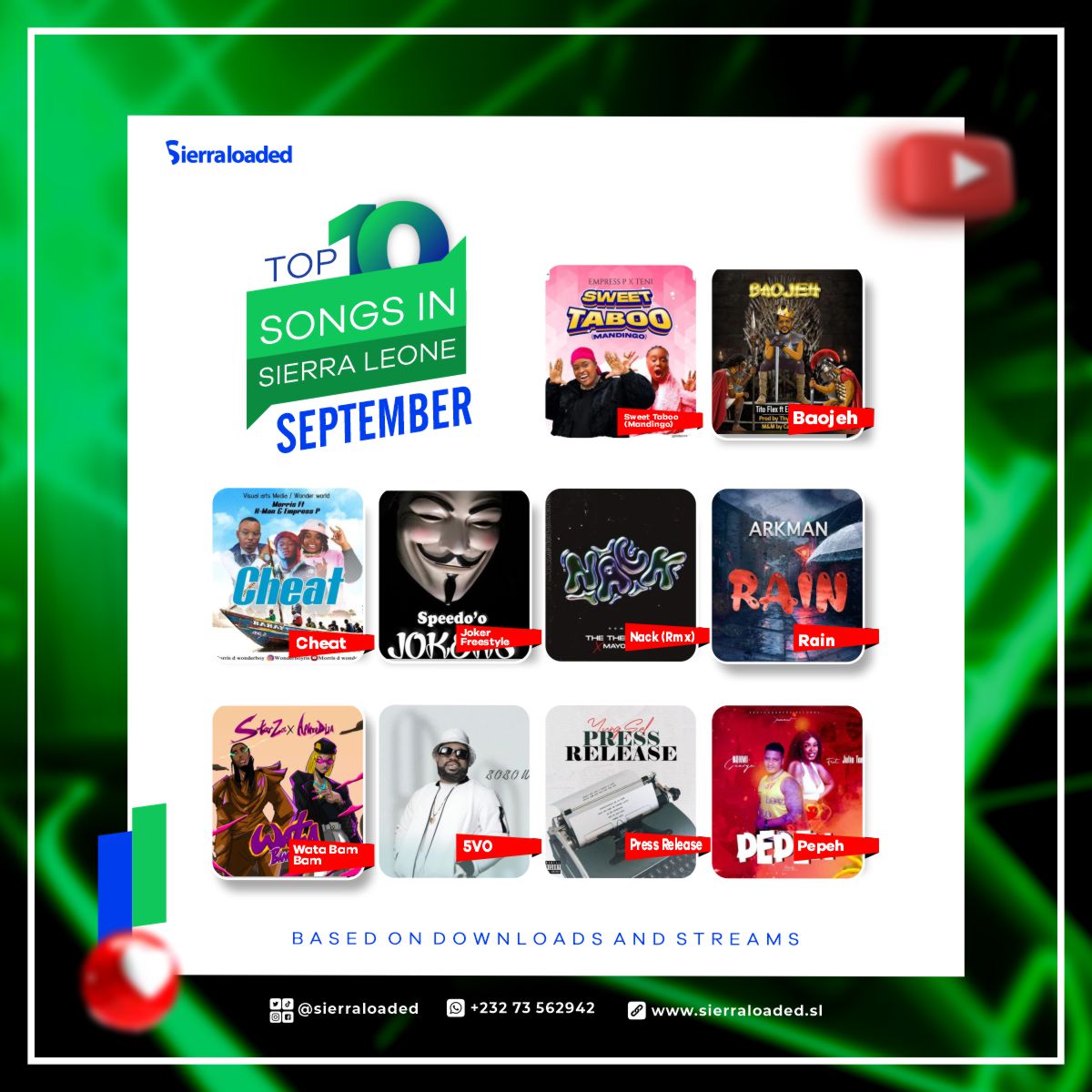 The new month is here but the last 30 days in the month of September has paved way for fresh sound in the Sierra Leone music scene. New songs are out to start dominating the playlist while particular songs have continued to hold sway on the music charts.

To serve as a stamp of the times and give props as and at when due, Sierraloaded has racked up a list of the top songs released for the month of September 2022, scoring them based on the metrics gathered on Sierraloaded website i.e. view count, streaming numbers and downloads.

Below are the top songs released so far in the month of September 2022:

The song was released on August 27, 2022, and its audio was produced by Don Creek Beatz. It’s now available across major streaming platforms.

Check out “Press Release” by Don Creek featuring Yung Sal below and let us know your take on it.

The All Stars President, father of the groove, popular known as Colabo (Prezo Colabo) drops another massive jam off the “So So We” album and this song is called “5VO” on which he featured Kao Denero and Star Zee.

This particular song off the album was produced by Tunexbeatz and it is a masterpiece off the album as it talks about the name Colabo, why he should be celebrated as a 5VO and all that is to know about the hit makers.

Raised in Freetown, ”QueenKong” alias Star Zee has lyrically demonstrated why she is Sierra Leone’s biggest Dancehall crooner; a lyrically lethal female singjay who can rival her male counterparts boot-to-boot on the riddim.

She was initially introduced to the music industry at the age of 14 when she joined Stress Inc Records.

Star Zee began her career as a member of Ladies Day Out, a female-only band (L.D.O)  and went solo in 2003, never looking back. “Focus On Africa” was published by the group (L.D.O) in December 1998. Star Zee’s contributions to the record earned her widespread acclaim in Sierra Leone’s music business.

Star Zee has been able to enter a field dominated by males since the beginning of her solo career and maintain her position. She has performed alongside various musicians from her homeland and abroad, including a collaboration with Nigerian icon Patoranking, in the United Kingdom and Australia. She won an award for “Best Work of the Year” for her collaboration with renowned dancehall heavyweight Stonebwoy.

Star Zee is one of Sierra Leone’s most prominent and important female artists. She aspires to maintain her love and enthusiasm for the entertainment business while also conveying a positive picture of Sierra Leone.

Hadiza Blell, better known by her stage name Aphro-Di’Ja, is a Sierra Leonean-Nigerian singer, visual artist, fashion designer and songwriter. She is currently signed to Mavin Records. In 2009, she released her first single “Rock Steady” which was nominated for Best Urban/R&B Single at the 2009 Canadian Radio Music Awards. Moreover, she won the Best New Artist award at the 2008 Beat Music Awards.

Di’Ja has lived in Nigeria, Sierra Leone, the United States and Canada. Her mother is from Northern Nigeria and her father is from Sierra Leone. At a young age, Di’Ja committed herself to academia and earned a double degree in Biology and Psychology. After earning the aforementioned degrees, Di’Ja became passionate about music, art and philosophy.

Her music career started in 2008.In 2012, Di’Ja released several singles including “Dan’Iska (Rudebwoy)”, “Hold On (Ba Damuwa)” and “How Can We Be Friends”.On February 14, 2015, Don Jazzy announced the addition of Di’Ja to Mavin Records. Her first official single under Mavin Records was also released on February 14, 2014. The song, which is titled “Yaro”, is an up-tempo celebration of love and commitment against all odds. It infuses Hausa and Krio dialects in honour of her Nigerian and Sierra Leonean roots.

Di’Ja has lived in Nigeria, Sierra Leone, the United States and Canada. Her mother is from Northern Nigeria and her father is from Sierra Leone. At a young age, Di’Ja committed herself to academia and earned a double degree in Biology and Psychology. After earning the aforementioned degrees, Di’Ja became passionate about music, art and philosophy.

Her music career started in 2008.In 2012, Di’Ja released several singles including “Dan’Iska (Rudebwoy)”, “Hold On (Ba Damuwa)” and “How Can We Be Friends”.On February 14, 2015, Don Jazzy announced the addition of Di’Ja to Mavin Records. Her first official single under Mavin Records was also released on February 14, 2014. The song, which is titled “Yaro”, is an up-tempo celebration of love and commitment against all odds. It infuses Hausa and Krio dialects in honour of her Nigerian and Sierra Leonean roots.

A nice piece of music that should be added to your playlist. This track is an awesome track that will surely worth been place on your playlist. And the song is right here for free download.

What you want to escape from today will be your greatest joy in the future. So work hard to achieve your goal and never give up.

Arkman is definitely one of the best male Artist we got in the country. He has been low key working on great projects and he has finally drop something big for us.

Singer The Therapist most anticipated remix of his trending song Nack featuring Nigerian singer, songwriter and pianist Mayorkun (Aka – Mayor of Lagos) is finally out on all social media platforms.

The new record “Nack remix” is an impressive breakthrough single for the young talent, it is a great vibe and a danceable tune produced by Masterkraft.

Dropped on March 17, 2022 under the management of Cribs International, Nack is now one of the Top 10 trending songs on various streaming platforms. Not only that, it has also made the Top 5 video contributing songs on Tiktok. With over two million followers, The Therapist’s strong presence on TikTok has been brought to bear on the single, which, according to music critics, is bound to be an award winning club banger. The musician, who is currently studying Architecture at Fourah Bay College, University of Sierra Leone, rose to fame from being a Tiktoker doing short dance moves and skits to singer and rapper.

Talk of The Town Music presents a hardcore hip-hop slapper to your ears by Speedo’o who is currently trending as one of the best rapper coming from Sierra Leone and Liberia.

Title “Joker Freestyle” is a bad man tune by Speedo’o and it is a song that is currently causing a change of mind set in the hearts of other rappers either to respond or not.

Well on this jam, Speedo’o on countless lines made it clear to be the best rapper in Africa currently but his delivery and punchlines is for other rappers to decide on the mic.

A big shout-out to Trimelo for a massive work on the beats and thumb-up to Master Proh for the mix and master.

Don’t forget to download and listen to the Mp3,download, lyrics,audio and instrumental.

The artiste in question has not seized to amaze us with interesting songs of which this hits is one of them.

Trust me this is song worth putting on your playlist this weekend because the artiste in question is a very talented person.

Exclusive From Tuff Swag Nation (T.S.N) is a classic Afro Hip Hop banger we recommend for you by Tito Flex, featuring Eddie 441.

Baojeh, A native language derive from Nigeria. Normally in Sierra Leone We Use Baojeh as a way of telling someone to Surrender.

It been almost 2 Years Since Tito Flex take a break from the music industry. It’s the return of him, sending a wider message to africa at large that he’s back and stronger than before. With new wave and new flimsy lyrics.

The delightful new song “Sweet Taboo (Madingo)” is a follow-up to her recent smash song and is an awesome tune that you wouldn’t want to miss at all.

Meanwhile, the great new melody is an awesome song that will surely be worth a place on your playlist if you are a lover of good music.

We advice adding this wonderful song to your playlist so you can get the maximum fun out of it.

Thank you for checking out Sierraloaded’ top 10 Sierra Leone songs for August 2022 that were downloaded by you the fans. Keep streaming and downloading from Sierraloaded to keep your favorite artiste on the chart. 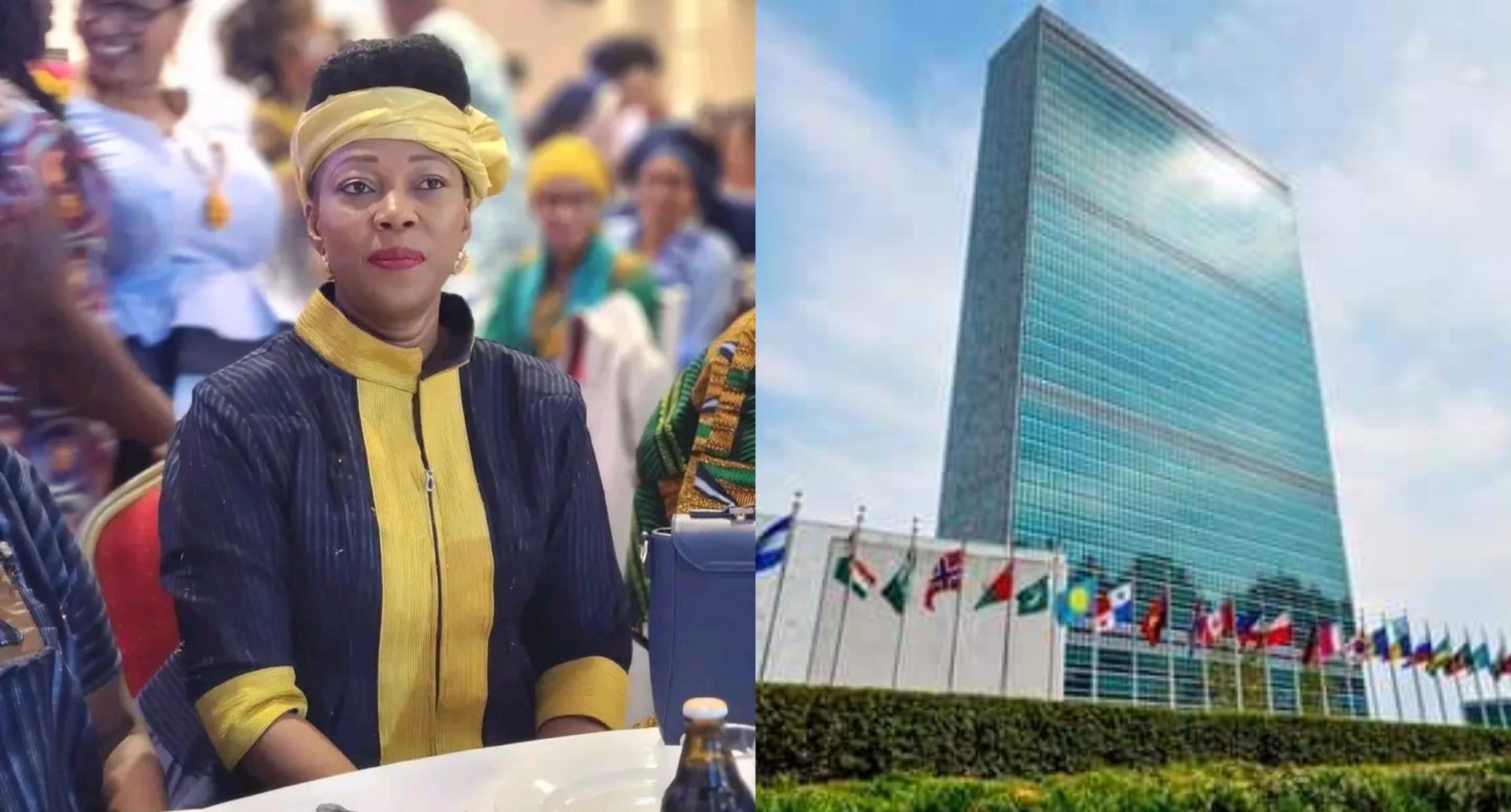 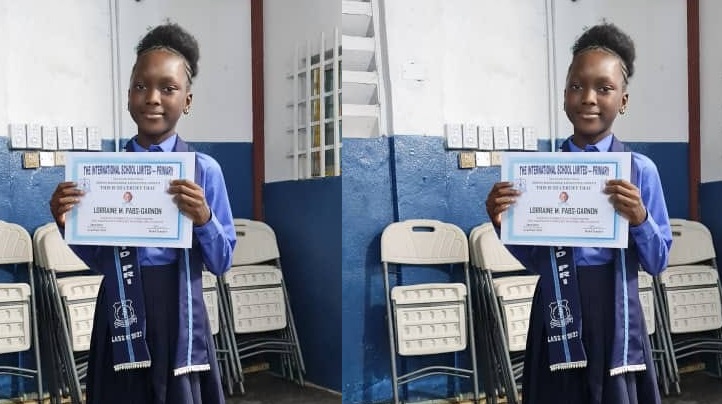 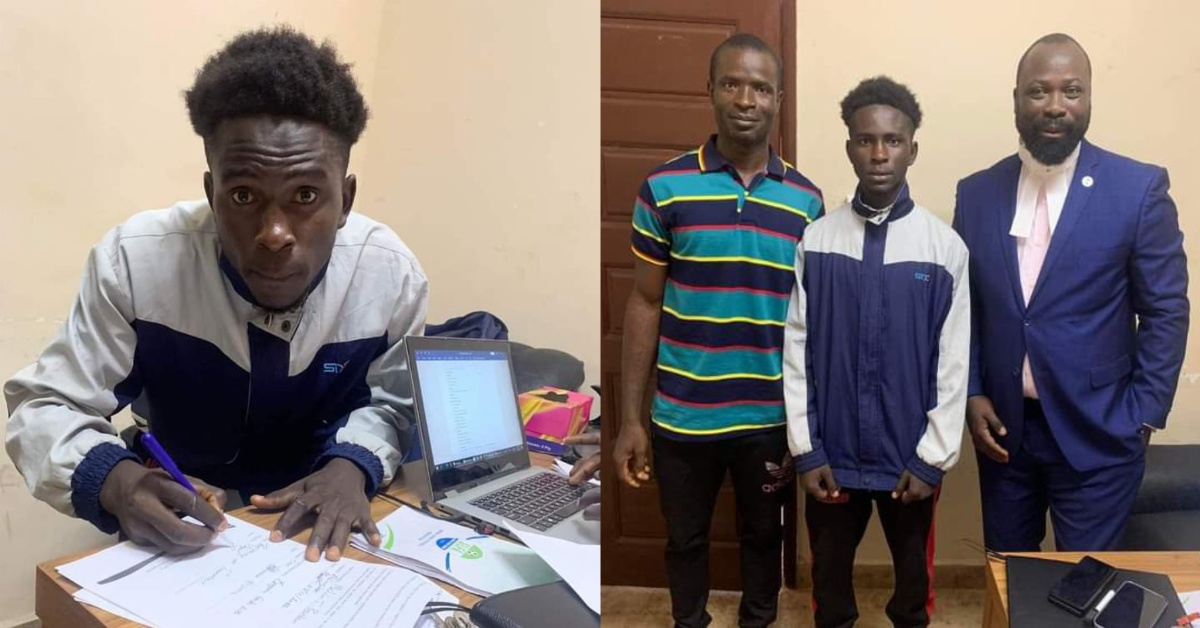