The Parliament of Sierra Leone has on Tuesday 22/2/2022 approved the Seventh Report of the Committee on Appointments and Public Service, chaired by the Deputy Leader of Government Business, Hon. Bashiru Silikie.

The following Presidential Nominees were approved by Parliament:

Seconding the nomination, the Opposition Whip, Hon. Hassan A. Sesay said the appointments were gender balanced and went on to say, women must be protected. He zoomed out the nominee from Masengbi, Mbalu Binta Jalloh and informed that she is a very modest person and advised her to serve Sierra Leone patriotically. He expressed similar statement for other Nominees, adding that they must work in the interest of the state, in light of deliverables.

The Deputy Chief Whip, Hon. Alusine Kanneh spoke on the calibers of the Nominees, relative to their expected performance for designated offices, especially on matters relating to youths and security. He sadly threw light on scandalous news in a local tabloid about him, pointing to the IMC Chairman to address those issues. “We should not be victims of unnecessary headlines” he stated and went on to inform that, they have done a retraction. He urged the IMC Chairman to do the needful.

The Leader of NGC, Hon. Dr. Kandeh K. Yumkella congratulated the Nominees for their appointments . He spoke very well of Johson Momoh and also related youths affairs which required urgent attention, including opportunities “For the youths problems to be solved, you need the government, community leaders and others,” he noted.

He spoke about strong collaboration to address cyber security including the expression of freedom and protection of rights as well as value for society. He said cyber security was required to save money and other related issues.

Hon. P.C. Bai Kurr Kanagbaro Sanka Ill sincerely thanked the President and Government for the appointments. Mrs. Mbalu Binta Jalloh, the Hon. P.C. said was related to him, adding that, it was important for the President to nominate from Masingbi. He used the opportunity to advocate for the youths, in light of job creation in order to avoid illegal migration and neo slavery abroad.

Hon. Keikura Vandy said administrative functions should be delivered by the Nominees. He commended Siafa Jobson Momoh for his tremendous works in mobilizing and uniting youths especially in his Constituency. He assured the Honourable House that, the Nominees would deliver. He used the debate to recall his attendance in an international conference on cyber security, adding that the Bill is new in Sierra Leone. He informed that, appointing right people to positions, is necessary and result oriented and also advised the IMC Chairman to use his office to address defamation.

President of the Female Caucus in Parliament, Hon. Veronica Kadie Sesay expressed that the Female Nominees are up to the task and admonished them to work diligently, in order to attract appointments of more women. She spoke about the complex nature of youths and advised the Nominees of the National Youth Commission to address their problems. She made similar sentiment for other Nominees, relative to national service.

Hon. Josephine Makieu said President Bio did not make any mistake in appointing the nominees, especially women. She noted that appointing more women, will improve development. She admonished the women on the task ahead and reminded them of the Gender Empowerment Bill and also assured them of strong collaboration with the Female Caucus in Parliament. She used the opportunity to thank Dr. Massaquoi for his tremendous support to education and asked him to do more. She said Jobson has done so well in Bo City.

Hon. Abdul Kargbo, while debating said when, nominees are commended on the opposition aisle, it is done with sincerity. He recalled his relationship with Ms.Mariama Saijay Yormah at Engineering Department at Fourah Bah College, adding that, she is very intelligent. He heaped several praises on her for her cyber related knowledge. For the IMC, he said it is very critical and strategic, but lacked capacity to monitor radio and televisions stations. He spoke about the tremendous works of the National Youth Commission, in light of project implementations that are geared towards improving the lives of young people. He advised the respected Nominees to go and work in unity with those that are in the institutions.

Hon. Mohamed Bangura while contributing to the debate, admonished the nominee for cyber Security to address the rampant misuse of social media, with invectives or abusive languages. He insisted that, urgent action must be taken against perpetrators. “This issue of cyber security is not a problem yet,” he noted and pointed at various sectors that would soon be affected by the menace.

The Acting Leader of Opposition, Hon. Ibrahim Ben Kargbo spoke about their diligent work in vetting Presidential Nominees. He passionately used the opportunity to advise the Nominees to work in the interest of the state. He expressed concerns over media practice, whilst calling the attention of the IMC Chairman. He spoke on issues relating to cyber security and advised the Nominee to implement the law to its fullest if approve by the House. He also gave similar admonition to Nominees of National Youth Commission. The Acting Leader of Opposition also said the Nominees were worthy for the appointments and urged the Honourable House to approve them.

Concluding the debate, the Acting Leader of Government Business, Hon. Bashiru Silikie said President Bio has an agenda and it must be promoted by the Nominees. He used the opportunity to inform the Honourable House that when, nominees failed, it would affect Members of Parliament. According to him, the nominees or the Local Councils are responsible for developments, but the people have fixed perceptions that, they as MPs should take developments to their communities. He said if the Nominees failed, it would affect them greatly as a government and Members of Parliament. “If you succeed on the task giving to you, we will be reelected to Parliament,” he noted. He spoke good of all the nominees. He persistently told nominees that, the President has bestowed so much confidence in the Nominees and advised them to do well. The Acting Leader used the opportunity to decry the media and civil society for misinformation which he said is a problem that affect the country. He said the media had misinformed people about aspiring candidates giving opportunities to wrong people to represent the latter, especially in elections. He drew the attention of the IMC Chairman to address related media issues and also admonished the nominee on cyber security about the misuse of media, bank account, swaddling, blackmailing, threat amongst others. The Acting Leader finally advised all the nominees to work in tandem with due diligence and in the interest of the state.

Presiding over the debate, Deputy Speaker of Parliament, Hon. Solomon Segepoh Thomas used the opportunity to advise the gullible public about the unwanted attitudes of swindlers, that are using names of Members of Parliament to extort monies from people. He expressed disappointment that, the situation is becoming very alarming.

In his felicitation, the Deputy Speaker, advised the Nominees to go and perform well in the interest of the state.

In another development, Parliament has on Tuesday 22/2/2022 ratified the following Agreements which were laid on the Table of the House on the 15th February, 2022: 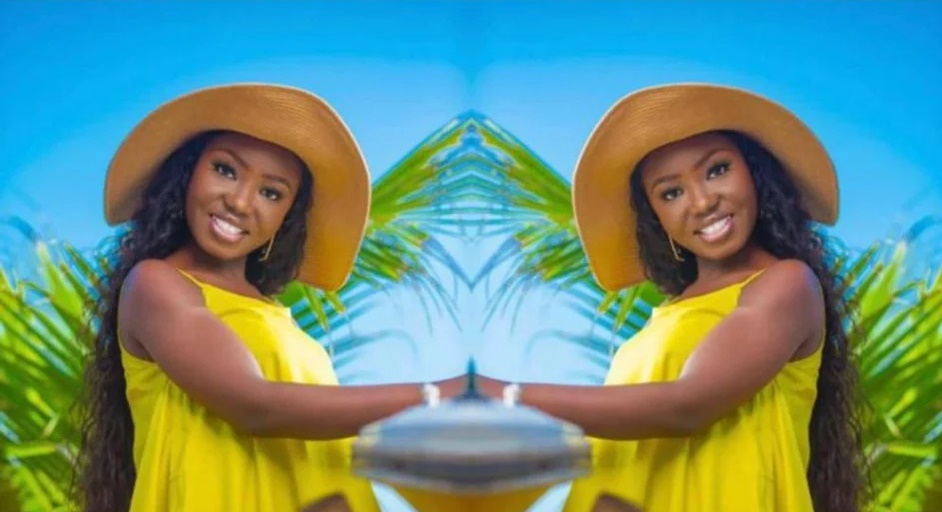 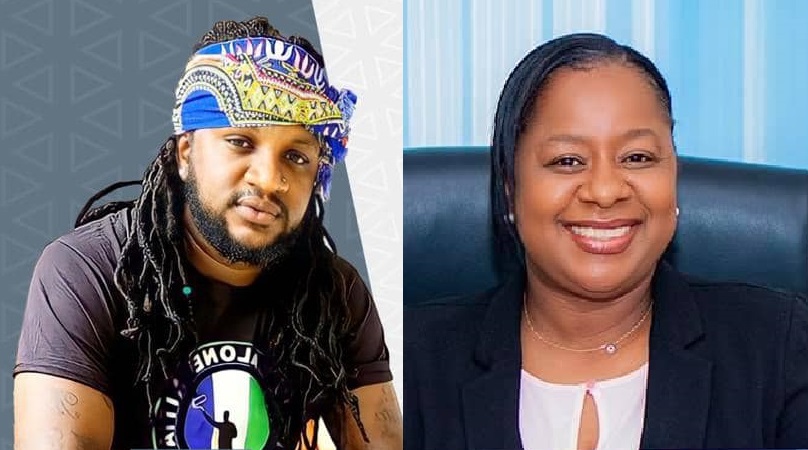 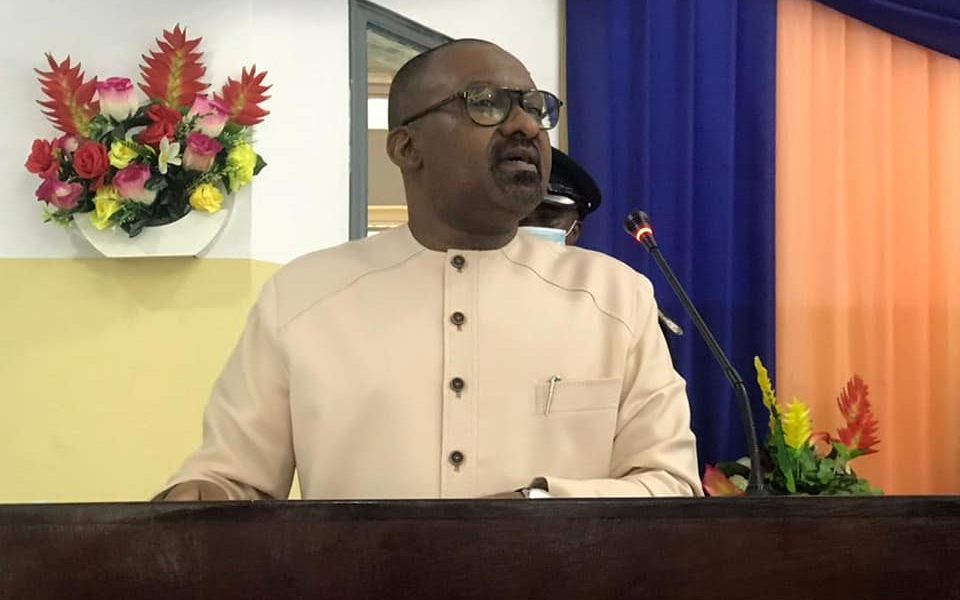 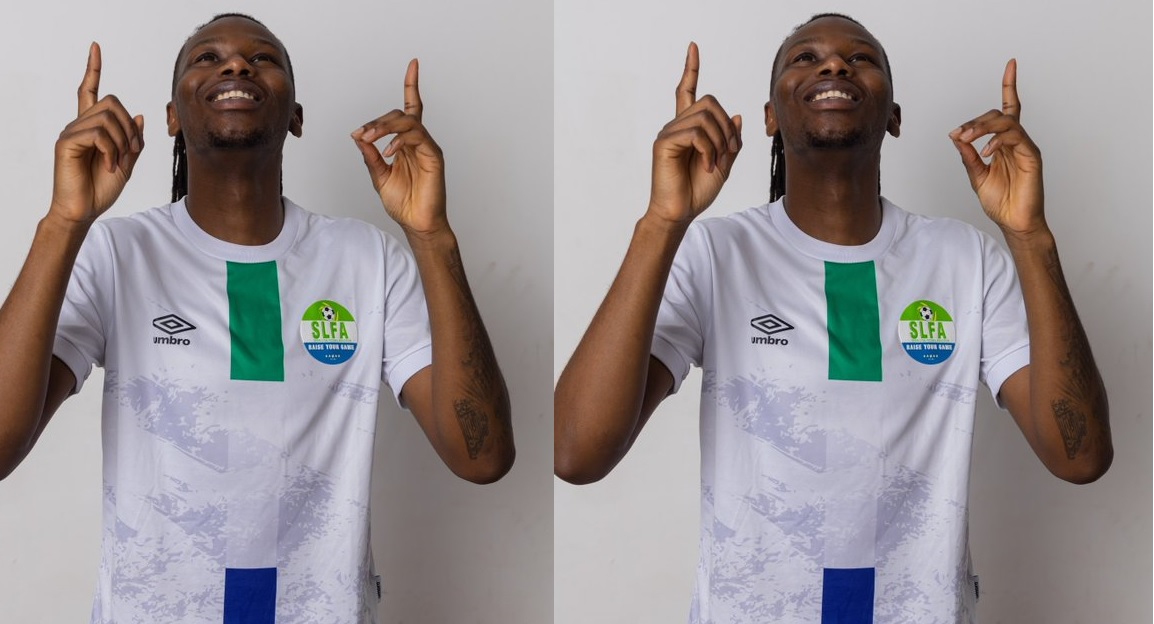