In the month of April 2021, we reported how the Sierra Leone president and other senior government officials have been using local and international travel to move foreign currencies amounting to billions of Leones (millions of US$) out of Sierra Leone to foreign destinations under the guise of travel per diems and imprest. We highlighted, in particular, that the country’s president, Julius Maada Bio, and his wife, Fatima Jabbe Bio, collectively withdrew a total of over Le30 billion Leones (more than US$3 million) from the country’s central bank for alleged travel expenses in 2020 alone, despite bans on international travel due to the coronavirus pandemic.

We discovered that large cash withdrawals and wire transfers have been regular and frequent whenever senior Bio administration officials travel. Financial documents published by the Africanist Press in February 2021 showed how a total of Le3,330,412,548 (about US$330,000) was spent by the Chief Minister’s Office alone on alleged travel per diems between August and December 2018, in the first four months after the appointment of David Francis as Chief Minister. We discovered that by the time Finance Ministry officials proposed the legislation on unregulated imprest in late 2019, senior government officials who travelled on overseas trips, including the President, the First Lady (a non-government position), the Chief Minister, and the Director of Science and Innovation, had already taken out billions of Leones as travel imprest from the central bank.

In this report, we now show additional evidence of how large amounts of money were likewise withdrawn from the Bank of Sierra Leone (BSL) by the President and the First Lady for supposed personal use in 2018 despite claims that the Bio administration inherited an empty treasury. The 2018 BSL financial records reviewed by the Africanist Press reveal that President Julius Maada Bio and his wife Fatima Bio withdrew a total of Le23,852,191,910.72 (about US$2.4 million) in the first six months following his presidential inauguration in 2018.

President Bio was elected to power in April 2018 on a promise to reduce waste in public spending and to introduce fiscal discipline in public finance management. On assuming office, he announced a range of economic measures, including an introduction of a single treasury account. In mid-April 2018, Bio told representatives of the International Monetary Fund (IMF) in Freetown, that his government had inherited the worst economic situation in the country since independence in 1961.

“Initial assessment by my government’s transition team reveals that my administration faces the worse economic situation since independence. Before now, government couldn’t pay monthly salaries without borrowing or heavy reliance on overdraft facilities at the Bank of Sierra Leone which now stands at Le160 billion (about US$16 million),” Bio told the IMF two weeks after assuming power.

The Africanist Press discovered that despite these public pronouncements, large amounts of daily cash withdrawals of both foreign and local currencies were regularly carried out directly by the president and his wife, and in most cases by close aides of the president who acted on instructions from the president since assuming power in May 2018.

Our investigation discovered that cash amounting to more than Le23 billion (US$2.4 million) was directly withdrawn from the central bank for supposed personal use by the president and his wife in the first six months in office. The transaction records from the BSL obtained by the Africanist Press show precisely that a cumulative Le7,536,998,680.80 (about US$912,230.80) was personally withdrawn by President Bio and another Le1,807,437,114.05 (about US$221,672.65) were also personally withdrawn by First Lady Fatima Bio. These amounts were withdrawn in various foreign currencies from the central bank between May 3rd 2018 to December 28th 2018. We tracked a total of 11 transactions in the name of First Lady Fatima Bio alone between 7 June 2018 and 20 December 2018, and 17 other transactions in the name of the President himself between 17 April 2018 and 20 December 2018. These 28 direct transactions by the President and First Lady collectively amounted to Le9,344,435,824.85 (about US$1,133,963.45) in various foreign currencies within the first half year of the Bio administration.

We discovered that these large amounts of foreign currency withdrawals do not include an additional Le13,725,450,519.87 (about US$1.4 million) in Leones also withdrawn on diverse dates between April 13th 2018 to December 28th 2018 by various aides of the president. We tracked a total of 82 cash withdrawal transactions in local currency mostly by two close aides of the president, Musa K. Jajua and Mohamed S. Bayoh, all carried out on instruction from the Office of the President.

Between 3 May 2018 and 27 July 2018, for instance, we identified a total of 24 withdrawal transactions in local currency by Jajua and Bayoh amounting to Le3,126,367,041.36 (about US$315,000) without records indicating the purpose of the withdrawals. On average, Africanist Press discovered that aides of the president made cash withdrawals in single transaction amounts ranging from over Le2oo million to cheques in amounts of over Le500 million, contrary to the banking regulations of cheque transactions. We especially noted 5 specific cheques cashed on 28 June 2018 on a single transaction of multiple amounts ranging from Le140 million to over Le500 million, all amounting to a total of Le900,755,652.40 (about US$100,00). We similarly noted eight large cash withdrawal transactions in local currency during the last week of October 2018 that amounted to Le2,080,433,084.20 (about US$210,000).

Expenditure records held by the BSL show that large cash withdrawals amounting to several billions of Leones have become a regular financial practice by both the President and the First Lady since Maada Bio assumed power in May 2018. For the most part, operational records of the Office of the President do not show clear evidence of how the monies were spent.

We aggregated the list of all expenditures by the President and First Lady in 2018, including the large volumes of cash withdrawn from both the President’s Travel Account and the Account of the Office of the First Lady at the BSL, and we discovered that within the first six months of the Bio administration, a combined total of Le31,822,946,910.72 (over US$3.1 million) was withdrawn and jointly spent by President Bio and First Lady Fatima Bio as travel per diem and on unspecified personal uses. This amount exceeded the total amount of alleged recoveries announced by the Anti-Corruption Commission (ACC) from officials of the previous regime for the entire three years since Bio assumed power. By the end of December 2020, the ACC said it recovered a total of Le26.8 billion (about US$2.6 million) from its non-conviction settlements involving mostly cases between 2015 and early 2018. Total amounts reportedly recovered by the ACC in the three years of the Bio administration falls far below the cash withdrawn for unspecified purposes by the President and First Lady in the first six months in office. 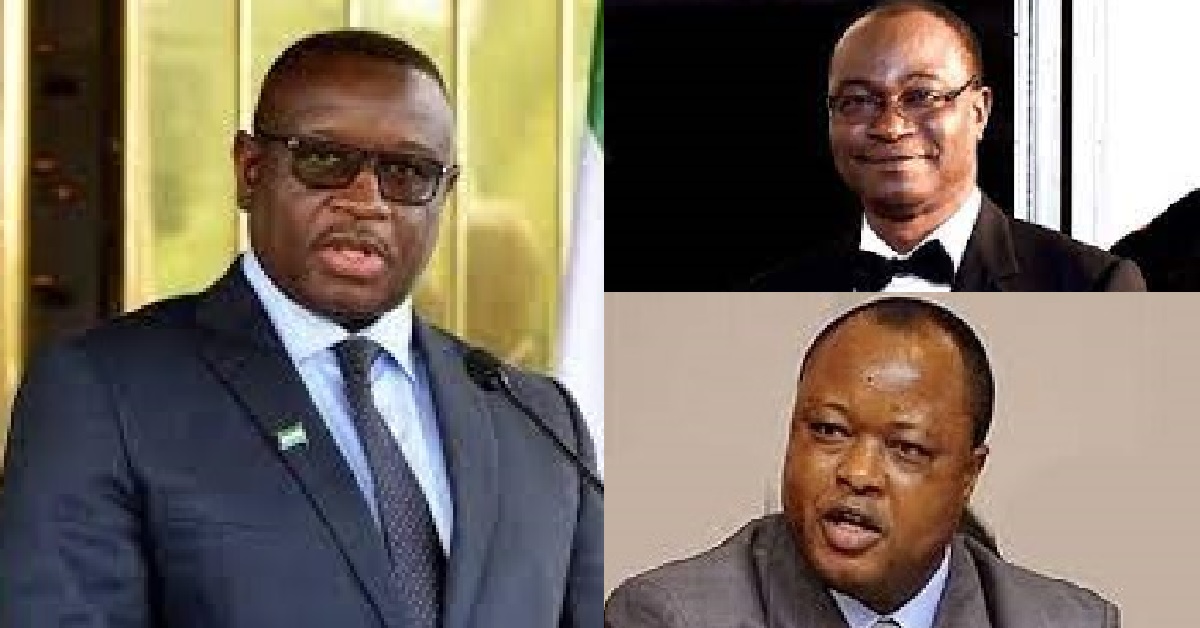 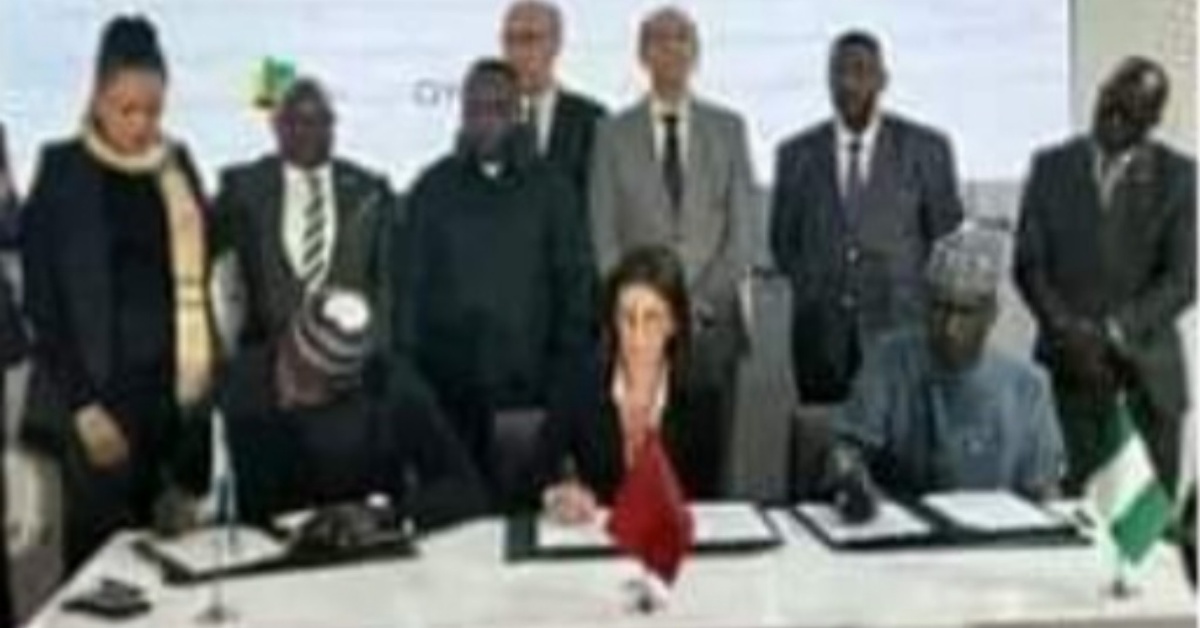 SLPP: Lessons to Learn From Berewa’s Defeat in 2007